In a previous life, dunno was a British brownie

A few little-known facts from life of famous children’s writer Nikolay Nosov, the birth of which marks 110 years. 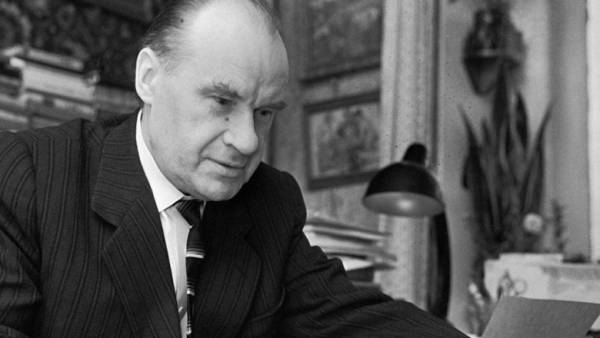 About Korney Chukovsky or the Samuel Marshak there is a vast literature. About Nicholas Nosiv, despite its enormous popularity, written relatively little. No full-fledged memoir nor the voluminous diaries he left. “There was of short stories and novels for children more fun than books Nosov, Nikolay Nikolaevich mostly been sad, thoughtful and serious,” recalled his good friend. “His life was not easy. He was always insecure, it’s hard to meet people because at times he was lonely. He was never a cheerful man, although he wrote a funny book” — wrote Sergey Baruzdin.

Do not take Nosov as sullen introvert, but open and cheerful colleagues did not call.

FROM THE VIOLIN TO THE TANKS

Nosov was often asked: “How did you become a children’s writer?” “Hearing “as received”, — he wrote — “I recall one acquaintance of the boy. (…) When asked, “What have you done? Why is that done?” he replied: “Well, you see, what happened”. So to me the question usually want to breed that way by the hands and say:

Yeah, you know, something like that happened… In school dreamed of becoming a musician (someone like Paganini, at least), then I abandoned the violin, became interested in chemistry and seriously preparing to enter the chemistry faculty of the Polytechnic Institute; and before the receipt of his mind and instead enrolled at the Polytechnic Institute of Art. He graduated from the Institute of cinematography, then worked in film, then became a children’s writer…

Before 1938, at the age of 30 years to publish his first story “the Entertainers”, Nosov worked as a Director: put educational films, about medicine, about the technique. It is for this reason he was exempted from military service during the war, at the last moment, when it has already mobilized and were ready to send to the front — it was agreed that as a Director he will bring the country more benefits.

Called the worst disney cartoon of all time

Apparently, the Director he was really good: I remember, for example, the story of how he filmed the movie “the Planetary transmission in the tanks”, which tells about the structure of the tank “Churchill” supplied during the war from Britain. English instructors showed our tankers how to operate it, and then went back home — and the tank stopped working. Tanker entangled in his device, and soon completely ceased to understand what had to be done. The situation was corrected it noses — he sat next to tank and watched him suffering, and then realized where he makes a mistake. Instead of moving, the tank began to rotate around its axis, as it was intended. Tank was delighted. And noses in his movies (if you use the exact wording — “for merit in combat training of tank forces of the red Army”) in 1943, received the order of the red star.

THE RECOGNITION CAME WITH TWARDOWSKI

To write stories for kids noses started, watching his son Petya (his first story appeared when he was seven years old, and that Peter then became the prototype of several characters nosovskiy). The fore and like before any “significant activity” and wanted to write, but he could not find his theme. And thanks to Pete he “saw in the child what I never noticed before and that I didn’t seem to notice and others. Hence the desire to show others what I have seen, the desire to write about children and for children.”

did Not spend time in vain

To devote himself entirely to children’s literature noses for a long time was not ready — it was only in the mid 50’s, after it finally came the recognition. That is, after Alexander Tvardovsky unexpectedly agreed to publish in the adult, very respectable journal “New world” children’s story “Vitya Maleev in school and at home”, and then put her on the stage. In 1952, noses got it, and the story for two years, came out as separate books about 30 times.

It immediately began to translate into foreign languages. The magazine “UNESCO Courier” in 1955 published a list of Russian writers, which often translated; it turned out that in the first place — Bitter, the second Pushkin, and the third — noses. And for the total number of translations into foreign languages and the languages of the peoples of the USSR, he was in the first place. 1955 — that is, even a “dunno” then you have not really unwound!

Nicholas regularly received fees for foreign publications, but the millionaire did not, and in foreign travel, in spite of its fame, did not go — there were always more cunning literary figures, vybivanie a place in the delegations of Soviet writers, and his travels through it (however, he never noses over the place and not fighting).INSTEAD OF THE COG AND SHPUNTIK — COMILLA-SAGE

Based on the Volkov “the Wizard of oz” is “the Wizard of Oz”, based on Tolstoy’s “the adventures of Buratino” — “Pinocchio”, and Nosovsky “dunno” — published in 1898 the book of Russian writer Anna Khvolson “the Kingdom of babies. Adventures Murzilki and forest men”.

Chwolson, however, was also not original — her tale based on the pictures of canadian artist Palmer Cox, talks about the adventures of a brownie. In British folklore it is a kind of brownies that live near human dwellings and secretly help people in domestic work, for which they should the award leave milk and cakes. Brownie, they were called because their distinctive feature was a brown (chestnut) hair.

Images brownie Palmer Cox made his name and condition; the pictures were accompanied by verses, while Chwolson invented prose text. Among her characters were znayka, dunno, Murzilka (later gave its name to a children’s magazine, in which noses and debuted), and characters with names Dadco-Bearded, Comilla-Sage, Cleft lip, etc. the Traditional appeal to the team of little ones was “Brothers!”, as Nosov. But the story was different: the characters Chwolson went on a trip around the world, visiting China, India, Italy, Switzerland, France, England, Austria and other countries.