WASHINGTON, Nov 24 — RIA Novosti. The official U.S. state Department spokesman Heather Nauert on Friday issued a statement in connection with the 85th anniversary from the period of mass famine in Ukraine, stating that “the Ukrainians again to die” from Russia’s actions. 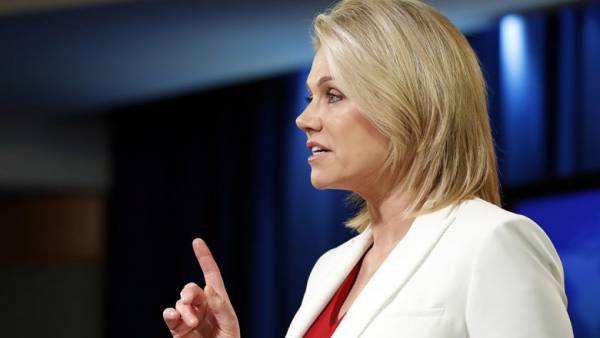 The famine of 1932-1933 covered the main grain regions of the USSR — Ukraine, North Caucasus, Lower and middle Volga region, a considerable part of the Central Chernozem region, Kazakhstan, Western Siberia, southern Urals. Then, according to various estimates, killed from 7 to 8 million people, of which 3-3. 5 million — in Ukraine, 2 million in Kazakhstan and Kyrgyzstan, 2-2,5 million in the RSFSR.

“This month, we join Ukrainians around the world to mark the 85th anniversary of the Holodomor, when the regime of Joseph Stalin deliberately starved millions of innocent Ukrainians. Barbaric capture of Soviet Union Ukrainian land and crops was carried out with a deliberate political purpose of enslaving the Ukrainian people and the country,” — said in a statement released by Nauert.

According to her, it was “one of the most brutal actions of the twentieth century, and a rude reminder of the crimes of communism”.