The rating of politicians: the secret of the popularity of Putin and XI

Why Putin ahead of trump in the global ranking of trust in politicians. 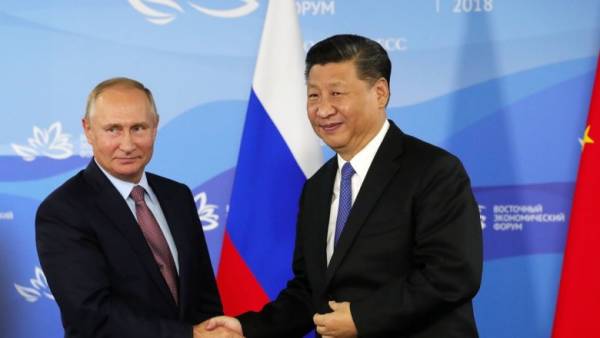 To gain wide public support within the country, policymakers must abandon the desire to please the world and to think about their own people — this is the conclusion reached by researchers of the Italian Institute Milton Friedman. Leaders in this respect, of steel XI Jinping (China) and Vladimir Putin (Russia), while politicians such as Angela Merkel and Emmanuel macron, in an attempt to build a positive image at the international level, all quickly lose their own voters.

The leaders of the countries adhering to the globalist world view, receive a high level of approval in the international arena, however, are rapidly losing the support of its own people.

And the government officials who abandon the desire to please the world and acting in the framework of the interests of its people — on the contrary — rely on the broad support of their constituents, but are faced with criticism at the international level. To such conclusion experts of the Italian Institute Milton Friedman.

In this context, evaluating global public opinion, the leaders in level of trust to them according to the version of Italian scientists, headed by Chinese President XI Jinping and Russian President Vladimir Putin.

Thus experts pay attention that the leader of China has been able to strengthen its economic role in the world and also run a social policy supported by the majority of the population. At least in this direction, recognize the authors of the report “the Credibility of world leaders” there are certain limits.

However, the activity of si is highly valued in other regions of the world, because Beijing is pursuing to a certain extent the policy of non-interference. A toll and growing humanitarian, cultural and economic influence of China.

In the second place, the Italian researchers put the Russian leader Vladimir Putin, who the authors of the report, however, with some reservations, call leader from the right of suverenitu. Note, however, that a direct analogy with the right-wing forces that are gaining popularity in European countries, the text of the document is not carried out.

However, Vladimir Putin, relying on broad support in Russia, is “especially high endorsement and the rest of the world”.

High electoral ratings in their own countries, the authors continue, allow Putin “to focus on foreign policy to increase Russia’s influence in the world.”

Approval of Putin’s actions by residents of other countries, with some reservations, the report is associated with pragmatic conditions and evaluation on a human level approach to international politics.

Here, however, is to focus on the fact that the globalist policy, which is based on the vector of development of Western countries and — until recently — the United States loses its position in the eyes of the population of the various States. In addition, on the background of reducing the role of Washington in world Affairs, continue the researchers of the Institute of Milton Friedman, but also growing differences in the positions of Western countries to Moscow can find new partners and allies. However, how long can be such unions, the authors of the report did not specify.