AP: in the USA, two teenagers hijacked a plane

TASS, 23 November — They were able to successfully fly to another city. 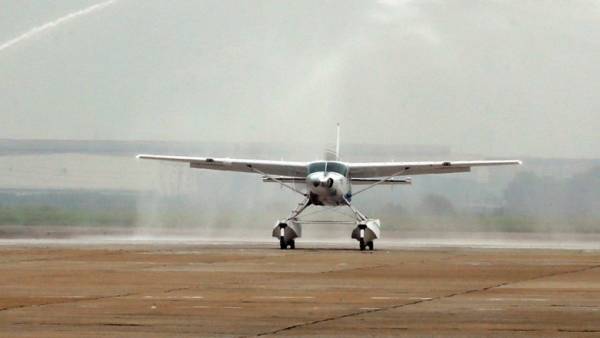 Two teenagers stole a small plane in the town of Jensen in Eastern Utah. On Friday the Associated Press reported, citing local media.

According to him, teenagers aged 14 and 15 years, stole a single-engine Cessna plane from a private airfield in Jensen, and then flew it for about 24 km.

It is noted that the hijackers successfully landed at the airport, This Regina is also in Utah.

The police, as reported the Agency with reference to sources in law enforcement bodies, arrested the offenders and brought to the detention facility of the city of Vernal.