In the office want to regulate circuses and zoos because of animal attacks. 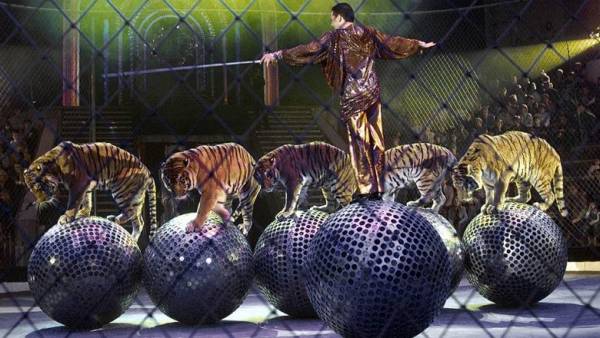 The Prosecutor’s office expressed the desire to develop at the Federal level, “regulation”, regulating the activity of circuses and zoos. To such conclusion the Supervisory Agency came after a series of attacks by leopards, lions and other wild animals children in these institutions. The work of zoos is not regulated, said the prosecutors, and the circuses operate under the rules 1974, which for the “inability to release the animal to freedom” must watch “foremen of zoiirov”. Experts believe that to begin to “clean up” needed in private tent, offering them to license.

On the need to regulate the activities of zoos and circuses was announced by the head of Department on supervision of execution of laws in the sphere of environmental protection of the Prosecutor General Yevgeny Nadyrshin. The representative office said in a broadcast of the Internet channel of the state office of public Prosecutor, it will help to reduce the number of attacks by wild animals on people in these institutions.

So, in July of 2017 in the petting zoo of Saratov on a six year old girl was attacked by a leopard, damaging her back and neck, and then on the same day was bitten on the leg by a seven year old boy (the Director of the institution was subsequently sentenced to two years imprisonment). In October 2017 from a private zoo in the village of Semiluki escaped the bear who attacked 86-year-old man died of his wounds on the spot. In January 2018 at the zoo Ussuriysk on four-year old boy was attacked by a leopard, grabbing his legs behind his head. The investigation showed that at the same zoo in March 2017, the young visitor was bitten by a lion, leaving “ragged-bitten wound of the right shoulder, ear and neck on the left”. In addition, in October 2018, a traveling circus in the village of Uspenskoye, Krasnodar Krai during the presentation of the lioness pounced on sitting in the front row of the four-year girl who was hospitalized with lacerations of the face. And in November of 2018, the incident happened at the Moscow circus on Tsvetnoy Boulevard: in the hall of the four-year-old visitor was attacked by a leopard, which without a leash led by her trainers.

According to Eugene Nadyrshin, today in Russia there is no “unified” rules for the treatment of animals in circuses and zoos.

The representative of the Prosecutor General explained that the activities of zoos not regulated in the legislation at all, and circuses are working on “outdated rules from the 1970’s”. Obviously, the Supervisory Agency had in mind approved in 1974, the Ministry of culture of the USSR “safety and industrial hygiene in a circus enterprises.”

This is a detailed document: “animals” referred to it 245 times, at the same time saying even the temperature and humidity in their enclosures.

Cells with dangerous instances are required to equip with warning inscriptions; to train “large predatory animals” forbidden to teenagers. To follow animals have to engineer safety “circus enterprises”, “the head of zootecnia” and trainers. “The foreman of zaozerke” necessary “to ensure the impossibility of an independent exit of animals to freedom”.