The police did not appreciate the lyrics Husky

Concerts of popular rapper canceled in the three cities. 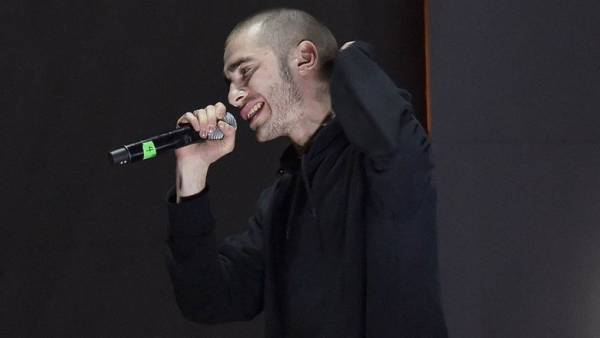 Police breaks another tour popular with young people — rapper, Dmitry Kuznetsov, acting under the pseudonym Husky. Yesterday in Rostov-on-don law enforcement officers raided the club and stopped the concert the visitors were videotaped and out of the courtroom. After that, the Prosecutor’s office of the Kuban encouraged clubs of Krasnodar not to hold a concert, stating that the texts of the rapper checked for extremism. The owners of the clubs in Volgograd also refused to give the Huskies a platform for performances.

Concert rapper Husky in Rostov-on-don was held on the site of the Arena Don but a few hours before the show buyers warned about changing the club and asked not to “spread it around”.

The rapper has postponed a speech to the club Rave, but a conspiracy is not helped — as reported by the “Kommersant” eyewitnesses about an hour before the club raided by police and “plainclothes”.

Dmitry Kuznetsov was born in 1993 in Ulan-Ude. The first rap song under the alias Huskies he recorded in 2013, it critically assessed the activities of Vladimir Putin. Wide fame came to him in 2016 after the video for the song “Black”. Video “Socket” secured success, and in 2017, the rapper released the album “Favorite songs (imaginary) people,” which became one of the most popular Russian releases. Critics call Husky one of the most interesting contemporary Russian artists, noting the bleakness of the lyrics, talented poetry and unusual manner of reading. It is worth noting that one of the first admirers of his music was the writer Zakhar Prilepin. He Husky in the acute phase of the conflict in the South-East of Ukraine was in the Donbass and, according to Mr. Prilepin, “went to Motorola (known warlord, who died two years ago.— “B”) to get a job”.

“The police arrived about 40 minutes before the concert, when people have been allowed into the hall. They were pushing people to go to the scene, — told “Kommersant” Elizaveta Ivanova, who attended the concert. After about 50 minutes, when the concert was supposed to start, the Huskies came out on stage and the pandemonium: the stage the group began to shout that they turned on the equipment and that the police behaving illegally.

At first we all thought that it was some kind of joke, but then the Manager of the Husky began to swear very loudly that they are not allowed to hold the concert because of extremism. In the end, turned on the light, and the guards began to evacuate people.

When we left the club, drove a lot of police cars”. Eyewitnesses also say that people in plain clothes filmed the events on video cameras, one of the officers even went to the second floor of the club to remove the audience from above.

The organizers of the event told “Kommersant” that shortly before the concert, one of the owners of the club have received from the police “warning on preventing extremist activities and violations of the requirements of the legislation at the public event” from the police.

However, the “y” failed to contact the owners of the club, Rave, to clarify information: day telephone number listed on the club’s website, didn’t answer.

In a press-service GU MVD of Russia in the Rostov region are unable to explain why police were interested in yesterday’s speech the artist and what they were doing at the club. The Agency said only that “no restrictive measures by the police against the contractor was not taken”, adding that “in respect of the three participants is composed of three protocols on hooliganism”.