What problems faced the heirs of Russian citizens caught in the American lists. 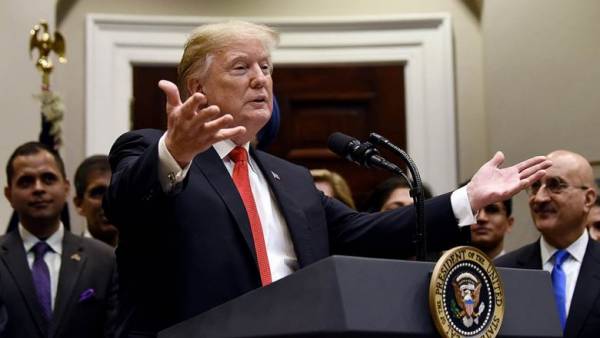 The heirs of the defendants in the sanctions list of the United States “inevitably will face difficulties of transition” to him American rights to the assets and property of their parents, the report said Pen & Paper. For disposition of blocked property will be required to achieve the exclusion of the deceased person from the list. This procedure can take years, according to the study.

Children of Russian politicians and businessmen against whom sanctions were imposed, the United States, “inevitably expect difficulties in exercising their rights” when inheriting U.S. assets of the parents, said in a research report of the lawyer of Pen & Paper, an expert on sanctions law Anton Imanova. “The question of inheritance sanctions and assets the sanctioned individuals were not investigated, — he explained “Kommersant”.— Many have not yet realized that sanctions may have an impact not only on the business or business partners of a specific person, but also on their personal property and their heirs”. As considered in Pen & Paper you have kids, at least 77 of the defendants in the U.S. list (just under US sanctions are almost 700 Russian citizens and companies).

For example, “Oleg Deripaska has experienced the effect of the sanctions regime in relation to his apartment in Manhattan”: the U.S. government has frozen his assets, and he, in particular, can not dispose of the mansions in new York and Washington, wrote in October, the New York Post. From the decrees of the President of the United States and acts of the us Treasury, it follows that in respect of defendants in the sanctions list of “all property and rights to property located in the territory of the United States, are blocked and may not be transferred, paid, exported, withdrawn or otherwise decorated”. When you inherit such a property without it “”purification” from the sanctions established by the acts of any restrictions, including registration, actions in respect of such property will be impossible,” the report said.

Sanctions regulations “do not contain a procedure for unblocking frozen in the U.S. property of persons involved in the sanctions list,” but “such a possibility exists”, experts say. On the official website of the Treasury “are some examples of situations that can be grounds for exclusion from the sanctions list: “Positive change in behavior is included in the list of persons, the death of such person, the basis for inclusion in the directory no longer exists, inclusion in the list based on incorrect information””. That is a death “should not but may” be grounds for action by the Office of foreign assets control (Office of Foreign Assets Control; OFAC) decision about exclusion of a person from the list stated in the study. To do this, the heirs will need to apply to OFAC statement, where “after the inspection” will provide a written decision.

However, “in practice, the exception list is very time consuming”, says the report: “For example, Shamil Basayev (Chechen terrorist.— “B”) was in the sanctions list within five years after death. And the Cubans on the list in 80-ies of the last century and long since dead, was excluded OFAC in 2015”.

Challenging falling into the SDN list in court “is even more complex and expensive process,” says Anton for Us.

Another option is to have a legacy helper SDN-list — a will in respect of foreign property. In the case of residence in the territory of the Russian Federation from the sanctioned person has the opportunity to compile it, however, “does not rule out the possibility that such a transaction will not be recognized by US authorities in connection with the fact that any transactions involving blocked property is prohibited.” “Persons in respect of which with high probability can be sanctioned, you need to take immediate steps for the transfer is still free of foreign property on their relatives or trusted persons”, comments Anton for Us.

First the list of sanctions against individuals Washington adopted in March 2014 after a couple of days after the annexation of Crimea. The right to enter the United States has lost 11 people, including the Russian presidential aide Vladislav Surkov, Federation Council speaker Valentina Matviyenko and Deputy Prime Minister Dmitry Rogozin. It was reported that their property and accounts in the United States, “if any”, were subject to freezing.

Since then, the number of individuals on the sanctions list went up to almost 200 people.

Among them — the former head of the presidential administration Sergei Ivanov, the former head of Russian Railways Vladimir Yakunin, as well as businessmen Gennady Timchenko, Arkady and Boris Rotenberg, Eugene Prigogine. The reason for expanding the list was different: first there was a speech about participation in the annexation of Crimea and destabilization of the situation in the East of Ukraine, then was charged with meddling in U.S. elections, and yesterday — to promote the supply of oil to the Syrian government.

If the children of Russians included in SDN, try to dispose of U.S. property, “violate the U.S. sanctions regime,” said the lawyer Artem Zhavoronkov. The heir can also face a fine of “up to $1 million for each violation and personal inclusion in the sanctions list,” he said. Partner at Herbert Smith Freehills Oleksiy Panych says that the main problem of successors is the unfreezing of assets, “because it will take time to clarify all the circumstances — at least determine whether this property again belong to the person from SDN”.