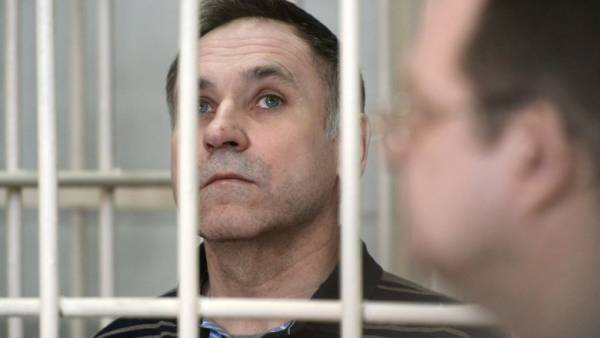 “New consideration of the case, the court found no grounds for exemption Chaplinskaja from criminal responsibility for murder and sentenced him to life imprisonment with punishment serving in a corrective colony of special regime,” the report States.

Also, the convict is obliged to pay one million rubles five victims as compensation for moral damage.

The first time Chaplinskaja condemned for life in March, but in September the Supreme court made a procedural irregularity overturned the verdict of the regional court.
Re the verdict is not yet in force.

In February Cuplinskas was convicted of serial murders, the victims were 19 women.

According to investigators, in the autumn of 1998 to July of 2005, he met on the streets of Novosibirsk with young women, and then taken to a deserted place and killed.

Body he dismembered, and the fragments were planted in different areas of the city.
The disclosure of the crimes took more than ten years.

Forensic recognized Chaplinskaja sane, he could realize the danger of their actions. The experts recognized it prone to gemicitabine and nekrosadizm.

After sentencing the convicted person has declared to journalists that “certainly” will appeal against it.