Japanese daughter hired a fake father. And she fell for him

Megumi was still a baby when her parents separated, and his father disappeared from her life. But a few years later my mother said he wanted to reconnect with his daughter. Megumi began to regularly to see Yamada. She thinks she communicates with her father, and that Yamada is his real name. But it’s all a lie. 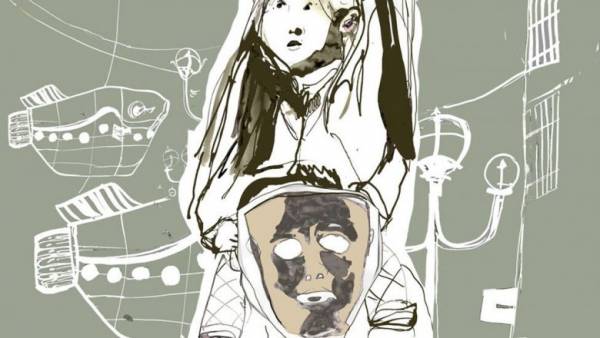 “From early childhood she was asking me where he says Asako, mother of Megumi. She knew only that he left soon after her birth, so she blamed herself.”

For several years this was not a problem, but when Megumi was about 10, Asako noticed changes in the behavior of his daughter.

“She hasn’t talked to me and became very quiet and distant,” says Asako.

“It took a long time to learn about bullying.”

Asako found that not only Megumi blamed myself for the breakup of parents. Her classmates bullied her because she didn’t have a father — children from single-parent families in Japan are often stigmatized.

In the end, she was so upset that I refused to go to school. “She is my only child, and my heart bled when I saw her sad,” says Asako.

She tried to get help from teachers, but when nothing happened, she came up with another idea:

I was only thinking about how can I find a good and sweet man, a perfect father, who would help her become happier.

She had heard that there are agencies that provide actor so he played a guest at a wedding, or went on a date with you — these services are developed in Japan.

She called one of these companies to see if they can find her baby’s fake father. After casting five candidates she chose Takashi.

“I thought that it was easier to communicate, says Asako. — He is very kind and cute, I just listened to my instincts”.

Takashi manages one of the firms, where it employs 20 people and more than 1,000 freelancers — men and women of different age and education level that may accompany a customer in almost any situation, using false names and playing any role. They are often compelled to cheat, but they strictly abide by the law.

Takashi — the actor himself, he played Boyfriends, businessmen, friends, fathers and was the groom at the five mock weddings.

He says that preparing for the role, watching Hollywood movies, like the Oscar-winning “Little miss sunshine” — film about a bickering family, which restored the journey together, and the Descendants, in which George Clooney plays an indifferent father, suddenly imbued with the parent’s feelings towards children after a tragedy in the family.

“I study these movies and remember lines and phrases out — says Takashi. — I write, how to communicate between different family members and what it means to be a father or husband of a certain type. They help me to understand the relationships and dynamics in the family.”

Asako met Takashi a few times to discuss what kind of father he should play for Megumi:

My requests were simple. First, I wanted to apologize for the fact that until now could not be in the life of Megumi. Secondly, I wanted, he listened to everything she wanted to say to him.

Asako told Megumi that her father remarried, and he has a new family now, but he recently reached out to reconnect. She even told her daughter that father is an actor.

Megumi was shocked, but eventually agreed to meet him. Since then, as Takashi turned to Yamada, and became the father of Megumi, took about 10 years. It was his longest and probably the most ethically ambiguous role.