The Federation Council member from the Bryansk region Ekaterina Lakhova called stupid messages in the media and social networks about her statement concerning the consumer basket. In an interview with TV channel “360” on Tuesday, November 20, she noted that journalists had distorted her words. 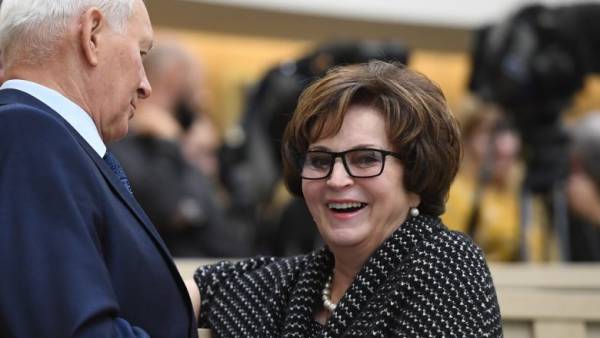 “I don’t want you to comment on the nonsense that was written in the Telegram. Let at first will learn to speak. Stupidity is all undone, and then I have to comment on that,” said the Senator.

Earlier Tuesday, Lakhova responded to the invitation of the Deputy of the Saratov Nikolay Bondarenko to increase the amount of consumer food basket. Insights about food policy on 3500 roubles a month it is considered populism, and people who are forced to live like this, Lakhova reminded about the war.

“I always think about those who fought in the war. People who have experienced the horrors and starvation. What they had in the consumer basket? People survived as best they could. And at the same time, having so much, what are they reasonable, what kind of head they bright! Perhaps just the stress and deprivation that cause,” she said.

In late October, Bondarenko decided to experiment and live on 3500 roubles a month — the amount of the minimum grocery set in the Saratov region. According to the results of the parliamentarian concluded that the amount should significantly increase. “The basket must be at least 10 thousand rubles, a living wage — not less than 20 thousand rubles”, — he said.