MOSCOW, November 20. /TASS/. Russian Prosecutor General’s office revealed during the construction of the Vostochny space centre 2014 17 thousand violations of the law. About this informed the official representative of the Prosecutor General Aleksandr Kurennoy. 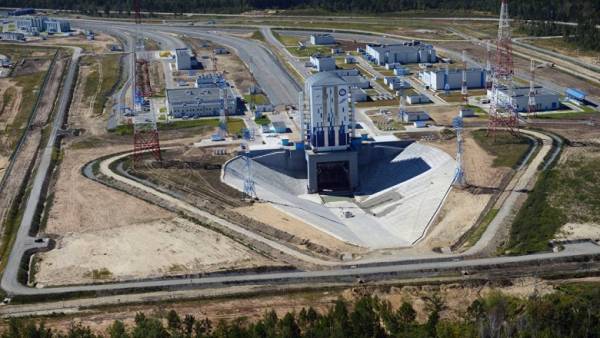 “2014 is revealed 17 thousand violations of the law, more than 1,000 people held accountable, including officials. The Prosecutor’s office has carried out over 14 thousand measures of prosecutorial response, including heading the claims in court,” he said in the interview to the Internet channel of the Prosecutor General “Broadcast”.

Kurennoy said that among the violations as delaying the timing of construction, and billions of dollars in embezzlement of budget funds, has been weakened control of the administration of the cosmodrome.

And outrageous story, when not observed even building codes — there were problems with the starting gun when the concrete did not meet the quality that could provoke the accident.Alexander Kurinnajaanna representative of the Prosecutor General

It is reported that the detection of violations involved and the Chief military Prosecutor (GWP), operates an interagency working group. Only the military Prosecutor’s office this year have identified 78 breaches of the law, military prosecutors managed to return in the budget of 23 million rubles. Responsible 14 companies and officials.

The Colonel also said that the investigation has opened more than 140 criminal cases on violations during the construction of the East, the damage from the crimes amounted to 10 billion rubles.