MOSCOW, Nov 21 — RIA Novosti. The head of the “Russian national ballet” Sergey Radchenko argues that deported from Spain a citizen of Armenia, who the day before had shot down the plane at the airport “Sheremetyevo”, before it attacked him in the cabin of the aircraft, EN route Madrid-Moscow. 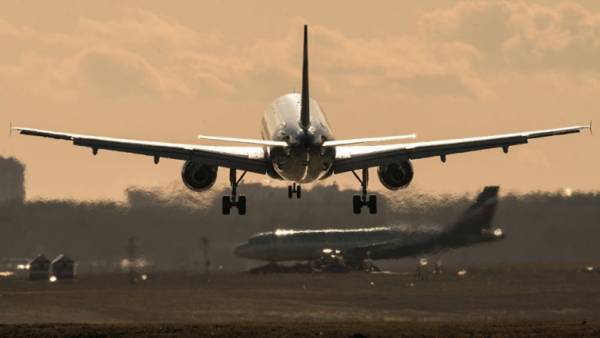 On Tuesday, a representative of the emergency services in the region told RIA Novosti that the man’s body was found on the runway of the airport after takeoff, a passenger plane Boeing 737 Moscow — Athens. According to sources, the victim was a citizen of Armenia, who was deported from Spain. As the head of Rosaviation Alexander Neradko, the aircraft belongs to the airline “Aeroflot”. Criminal case is brought.

According to the choreographer, it turned out that the flight was flying deported Armenian citizen who attacked him.

“I especially didn’t suffer. But it occurred to me unpleasant incident in the plane. I flew from Madrid to Moscow, was on the ninth row and in front of me sat a young man, an Armenian, in a very excited state. Then he for some time went back, and I heard there’s some kind of scandal. As it turned out, he punched someone in the face. But then the flight attendant calmed him down and returned to place. I noticed that he was staring at me, and suddenly I felt a blow to the jaw. I asked: “why?”. He said, “Come, see.” Of course, I do not understand”, — said Radchenko RIA Novosti.

According to Radchenko, then it using powerful men calmed blocked, so he couldn’t do it, he was sitting two and a half hours before landing.

The choreographer said that, as it turned out, he was deported and he was escorted and sent to Yerevan the plane, where he had fled. “That’s all I can tell about this incident,” — said Radchenko.