MOSCOW, 20 Nov — RIA Novosti. Russia and India signed a package of contracts involving supply and production in India of Russian frigates of project 11356, told reporters Tuesday in a press-service of Federal service for military-technical cooperation. 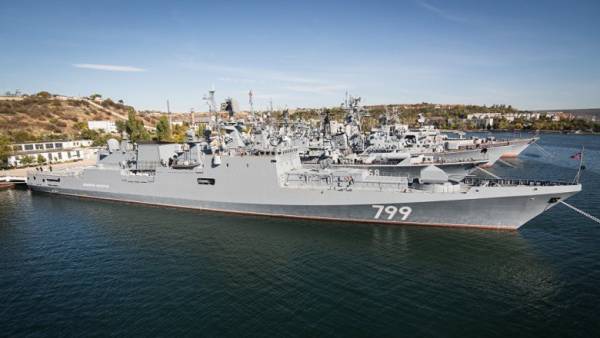 The parameters of the contracts is not specified, but according to unofficial data, the amount of the contract for the supply of two ready-made vehicles is about $ 950 million.

“The signing of construction contracts in the interests of the Indian Navy frigates of project 11356. This is another important event in the development of Russian-Indian military technology cooperation”, — said in the service.

An intergovernmental agreement on production in the interests of the Navy of India a series of frigates of project 11356 was signed following the talks of Russian President Vladimir Putin and Prime Minister Narendra modi. Later the General Director of “Rostec” Sergey Chemezov said that the two frigates will be built in Russia, followed in Indian shipyards.

Initially the frigates were intended for the black sea fleet, but construction was suspended due to the lack of power plants that previously supplied to Ukraine.