Reuters: Saudi crown Prince want to take the throne because of the case Kalkaji

TASS, 20 Nov — According to the Agency, another reason for the opposition Mohammed bin Salman is the acquisition of Russian air defense systems s-400. 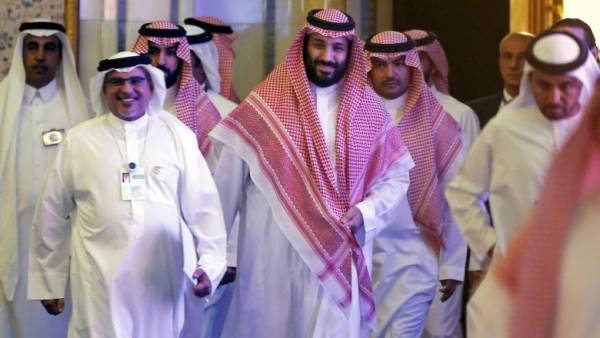 Members of the Royal family of Saudi Arabia was opposed to Prince Mohammad bin Salman al Saud inherited the throne because of allegations of involvement in the murder of Jamal Hackage. On Tuesday Reuters reported, citing three sources close to the Royal court.

According to them, dozens of princes and cousins are going to prevent the ascent of the crown Prince to the throne. They will not do while alive his father, 82-year-old king Salman bin Abdul Aziz al Saud.

As one of the sources, the Royal family intends to support only brother of king Salman, Prince Ahmed. High-ranking U.S. officials also supported his candidacy as the successor, said the sources.

According to them, to the crown Prince in the US has changed not only because of the alleged involvement in the murder of a journalist, but in relation to the position of Mohammed bin Salman in procurement of weapons from Russia. In a letter to the heir to the Ministry of defence of the Kingdom of may 15, got into the disposal of Reuters, he was asked to “focus on the acquisition of weapons” from Russia, including anti-aircraft missile system s-400.

In Saudi Arabia, the throne does not pass automatically from father to eldest son, as is the case in most European monarchies. The heir chooses the king and senior family members.