State Duma Deputy Vladislav Reznik wrote the Deputy head of the Ministry Ivan Valentik letter to assess whether it is possible to allow in Russia, trophy hunting for endangered species in exchange for that, the hunters began to Finance the protection of these species, found “Kommersant”. 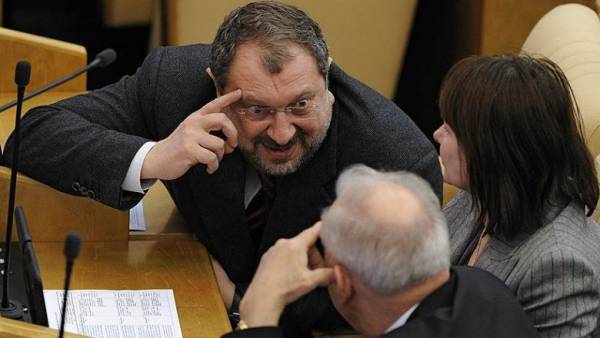 According to the Deputy, authorities taken measures to preserve rare species of animals “in conditions of hard budget constraints cannot be considered sufficient”.

Mr. Resnick proposes to introduce a special programme for the conservation of rare and endangered animals. Under these programs, as the Deputy told, is the removal of individuals who “represent the lowest value for the population”, by trophy hunting. Received from hunters offered money to conduct research and “protection measures” in relation to endangered species.

The Ministry of the environment, “Kommersant” reported that consider the feasibility of trophy hunting on animals. The Agency agrees that the amount of Federal funds allocated for protection of endangered species, is insufficient.

Details — in the publication “Kommersant” “the List of trophies can be expanded”.