TBILISI, November 18 — RIA Novosti. Deputy Minister of education, science, culture and sport will Ship Mikheil Giorgadze, was hospitalized with fractures to 12 ribs after a serious accident in the region of Kakheti, told journalists in a press-service of the Ministry. 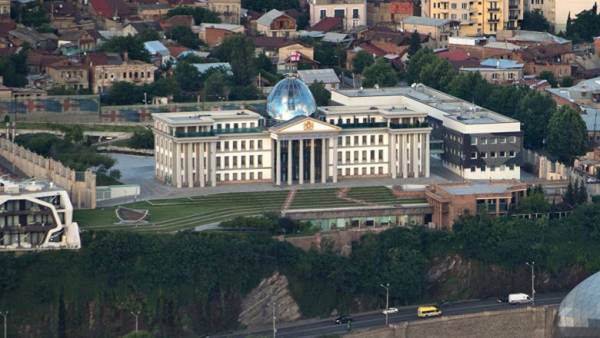 “First Deputy Minister Giorgadze was injured in the crash, he had broken 12 ribs. His life is not in danger, condition stable”, — said the Agency.

According to Georgian TV companies, Giorgadze crashed into a tree in the village of Kvareli region of Kakheti in the night on Sunday. In the car Giorgadze was one. First he was hospitalized in Telavsky the hospital and then moved to Tbilisi in the name of Ingorokva. Some media reported that Giorgadze is connected to the respirator.

The fact of the accident, the Georgian interior Ministry opened a criminal case under article “violation of safety rules of traffic or operation of vehicles”.

Giorgadze was previously Minister of culture, however, summer has merged several ministries, and he became the first Deputy Minister of education, science, culture and sport Michael Batiashvili.