In Guatemala, announced the evacuation due to the eruption of the volcano Fuego

Moscow. 19 Nov. INTERFAX.RU — the Authorities of Guatemala announced the evacuation in areas in the immediate vicinity of the volcano Fuego, which is dangerous intensified in recent days, said on Monday the news Agency Associated Press. 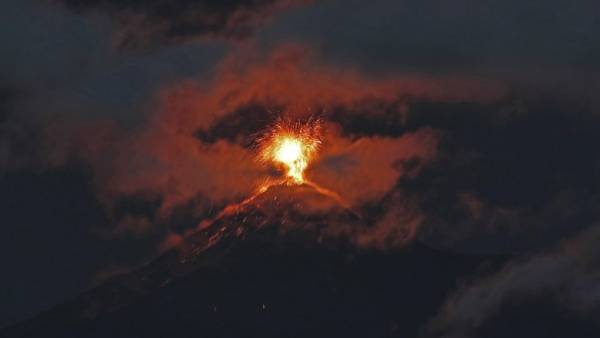 To go to a safe place urged residents of eight settlements, where a total of about two thousand people. Local authorities will make the decision to evacuate on their own, but it is already known that at least three communities decided to leave their homes.

Fuego, one of the most active volcanoes of Central America, started to erupt on Sunday. Previous strong eruption was in July, then his victims were almost 200 people.