Director Jean-Luc Godard has refused to travel to Russia because of the case.

Director Jean-Luc Godard refused the offer to visit the Hermitage Museum in St. Petersburg, explaining that “conditions of detention” by Oleg Sentsov. This is stated in the press release of the society of film Directors of France, citing a statement by Godard, writes on cinema, the French magazine So Film. 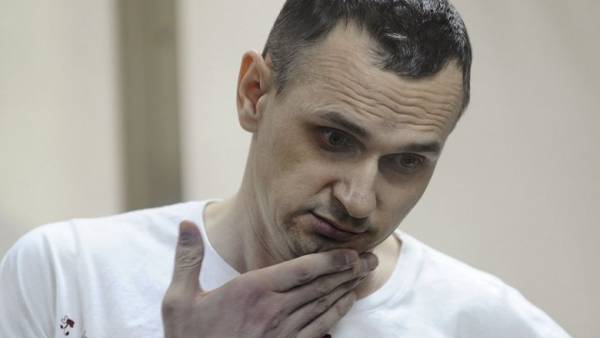 The letter is a response to Dmitry Ozerkov, head of contemporary art Department of the Hermitage. “Dear Dmitry Ozerkov, thank you for the invitation, but subject to the conditions of detention of Director Oleg Sentsova I feel it impossible at the present time visiting the Hermitage, despite the friendship with the Russian people,” said Godard.

He promised to “monitor developments”.

Godard in August this year signed a letter demanding the release of Sentsov. It was signed by over a hundred artists.

Also in November he signed a petition calling for “the leaders of States and governments of the democracies” on the eve of the 100th anniversary of the First world war, which was celebrated in France, “to get the [Russian President] Vladimir Putin’s commitment to immediately and unconditionally release Oleg Sentsov and other political prisoners.” “Let him send them home”, — emphasized in circulation.

Sentsov in 2015, was sentenced in Russia to 20 years in prison on charges of forming a terrorist group in the Crimea. He is serving his sentence in a prison in Yamalo-Nenets Autonomous district. May 14, 2018 Ukrainian Director announced an indefinite hunger strike, demanding the release of all Ukrainian political prisoners in Russia. On 5 October he announced that he was forced to stop the hunger strike because of the threat of “forced feeding”.

In October Sentsov is the winner of the prize Andrei Sakharov “For freedom of thought” awarded by the European Parliament.