ABC: the man who allegedly opened fire near a hospital in Chicago, died

NEW YORK, November 20. /TASS/ — the Earlier, the police announced that a “potential violator” of the rule of law was injured. 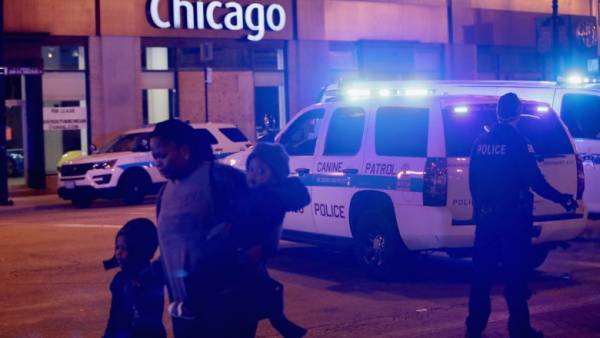 The man allegedly opened Monday shooting near the hospital in Chicago (Illinois), is dead. This was reported by broadcaster ABC, citing law enforcement sources.

Whether the assailant was eliminated during a firefight with police, was not specified. Earlier, the police announced that a “potential violator” of the rule of law was injured.

Also, according to ABC, the accident killed at least one person. His identity is not specified. Two more people, including a policeman, were injured, said the broadcaster. Officially this information has not been confirmed.

Earlier it was reported that near the hospital in East Chicago the shooting occurred. A medical facility had been partially evacuated. According to AVS, shots were fired both inside and outside the building. The police reported that one policeman was injured and is in critical condition.