Noticed the mysterious phenomenon on the Sun

Astronomers from Ohio state University in Columbus found that the Sun emits a large number of high-energy gamma rays, and this happens in a period of minimal activity lights. According to scientists, it has something to do with magnetic fields, but the exact mechanism remains unknown. This publication reports Science News. 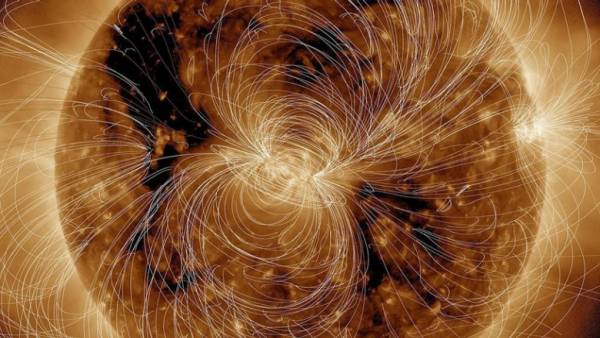 High-energy gamma rays are not created by the Sun directly, but result from the interaction of cosmic rays with protons in the composition of solar material. Usually the gamma radiation is absorbed by the star, however, the presence of strong magnetic fields change the trajectory of cosmic rays and high-energy photons emitted in the outer space.

In the Earth’s atmosphere has recorded a huge anomaly

The researchers analyzed data obtained during the 10-year observations (from August 2008 to November 2017) conducted by the space Observatory NASA’s Fermi Gamma-ray Space Telescope. The period of low solar activity occurred in the period 2008-2009, and high — for 2013. The researchers assessed the number of events emitted gamma radiation and the photon energy, depending on solar activity.

The researchers found that the Sun emits more gamma rays with energies of 50 billion electron volts (50 GeV) than predicted. Moreover, was was rays of energy 100 GeV, however, they occurred at low solar activity. So, one of the photons had energy 467,7 GeV. In addition, since the Sun is bombarded by cosmic rays from all sides, one would expect that gamma-ray photons emitted by the star evenly, but during low activity energy photons gave up the equator, and during high — mostly poles.