All the years she passionately looking for love. But the personal life of the actress Natalia gundarevoj, which is August 28, would have turned 70 years old, truly happy became only the third marriage. 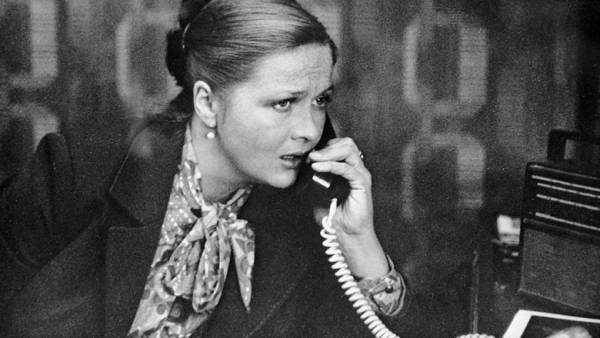 What was Natalia Gundareva in life, especially personal, you know only the closest. But the details of relationships with men, even with familiar people Gundareva not particularly shared. “Natasha was a man quite introverted, closed, hard, and sometimes even hard, — recalled the writer Arkady Yining, on scenarios, which the artist repeatedly filmed. But when she took off his protective “mask” that showed the beautiful face and generous soul is a great actress”.

Officially Natalya Gundareva was married three times. Her first husband was famous Director Leonid Heifetz, who at the time worked at the Maly theatre and at the same time, put the film plays for television. When work began on “the Precipice” by Goncharov’s novel, among the Actresses of Small Kheifets need him the performer of the role Martinici not found. Colleagues have advised the Director to see “whether Gurudeva, whether Hundorova” Mayakovka, describing her as a young, bright, original artist.

“I saw a girl, a girl who looked like three suns, three baton, three jam cake. Looking for a thin elegant actress, and in front of me was chubby, a little clumsy, perky and full of freckles,” — recalled in an interview with Heifetz on the first meeting with the actress.

But when the young artist began to read the play, the decision Kheyfets took instantly: Martinico going to play this dumpling. As the Director says, it captured the naturalness and sincerity, the enthusiasm of Natalia. At the same time — an incredible depth. “It soon emerged Natasha’s absolutely childish, a sharp, Mature, I would say, almost masculine perception of life,” — said the Director. Besides, she could handle herself. During the preparation of the teleplay Gundareva used swear words, as recalled Heifetz. “The great woman”, a legend of Small theatre Elena Shatrova stopped the rehearsal, saying that their theater these words no one uses.

But Gundareva in a second was found and advised the winner of the Stalin prize, people’s artist of the USSR down to the floor down and listen as you talk watchmen Small.

Soon, the 38-year-old Director found that only thinks about the singer Martinici. Asked 24-year-old actress for tea and were invited to visit gundarevoj and her mother, with whom she lived together. Showed up with a gorgeous cake. Was, by his own admission, in shock and managed to make a good impression on both.

With bare nerve and shrill note of love: as Anatoly Papanov conquered movie

Heifetz, who had no place to invite a girl, began to take the keys from friends, acquaintances, other people’s homes and took place Dating couples. At some point they wanted more, to leave for a long time already.

Unable to resolve the issue of housing, Heifetz and Gundareva began to live together within the removable corners. The Director says he does not remember how did Natalia proposal, and it happened very naturally. Soon the wedding took place in the restaurant “Prague” without any fanfare, the bride wore a green dress and no veil. And then, as he recalled Heifetz in an interview, “theater helped.” “We got quite fast at the beginning — the Studio in the metro area Dynamo”, — told the Director.