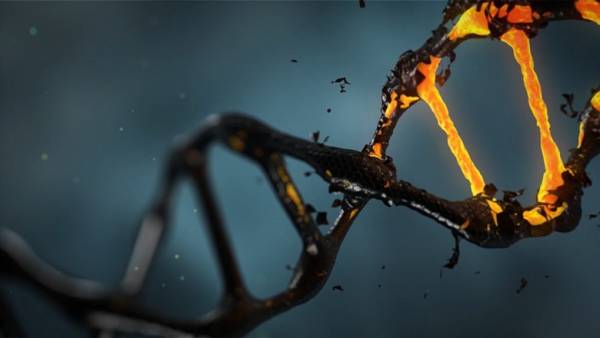 How to find out about their origins, and to expand the family circle — in the material RIA Novosti.

“We found a third cousin niece. Her grandfather is brother of my mother’s second cousin, whose traces are lost,” says RIA Novosti Muscovite Valery Rudnev.

How to find the ancestors and make his pedigree

In 2013, Valery found out that abroad it is possible to order the genetic test that determines predisposition to various diseases, and also provides insight into national origin. When I saw the list of alleged “relatives” got carried away and started “excavations”. Relatives in the terminology community of molecular genealogists call people that test shows more than just coincidences. As a rule, it is a distant kinship through the great-great-grandmothers, preprocedural.

“Most of my ancestors comes from Eastern Europe, like many Russians,” — says Valery and willingly demonstrates the ethnic composition of their 23 chromosomes.

His whole family eight people in four generations — have passed genetic testing. Wife Inga in education, microbiologist, support the passion of her husband.

Thanks to DNA tests she found out she lives in the United States by her distant relative, a descendant of one of the brothers ‘ great-grandmother.

Home digging in the archives, Inga found that he went overseas in the late nineteenth century. American cousin was aware that her Russian and Jewish roots, but the family thought that all the relatives from the Old world died during world war II. Americans looking for relatives precisely, downloaded the test results into the database, recorded all the names that you have heard from the older generation, and was waiting among the “competences” are related. So they came Inga, which is found in the list the maiden name of great-grandmother heard from other family members.

Distant relatives live in Moscow, Riga, Saint-Petersburg. We started to call each other, to look for documents, photos. The pieces collected family history from the beginning of XX century. At least the rumors that somebody’s mother was not from her husband, were incorrect. Now I want to deal with another legend: that my great-grandmother supposedly gave birth to the gynecologist-Georgian. Well if so, then most likely he was a Jew.Inga

Search the family “skeletons in the closet” is not finished. Inga is going to prove scientifically that the branch to which it belongs, is legitimate.

How does DNA test

“In humans there are 22 pairs of asexual chromosomes (autosomes) pair of sex chromosomes (XY in males, XX in females) and mitochondrial DNA (mtDNA). The characteristics of the transmission of hereditary information that can be set into two subgroups: 1) uniparental reproduction of marker — Y chromosome and a mitogen; 2) that is not a sex chromosome and X-chromosome/y”, — explains to the correspondent of RIA Novosti genome blogger Sergei Kozlov, an active member of the community of “Molecular genealogy”, author of articles on population genetics. 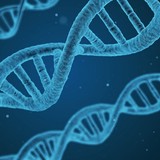 Evolution, which you don’t notice

In the first subgroup of the hereditary information in the form of the Y-chromosome is strictly through the male line — from father to son, mtDNA is maternal only. X-chromosome transmitted to children of both sexes from the mother, shows many ancestors. Autosomes — all the totality of the ancestors. From the far we got only pieces of the autosomes.

“The majority of our hereditary traits concentrated in the second subgroup, but is useful for genealogy information out is hard, because no comparison with relatives can not understand, what here the grandmother Irina from grandparents Basil and so forth,” — continues Sergey.

The Y chromosome is isolated duplicate plots (short tandem repeats — STR markers). A certain set of these sites is called a haplotype. He points to the region of origin. The more markers read, the more determined haplotype, and hence the location on the tree of Y-haplogroups.

Haplotypes are combined in 20 haplogroup — a large branch of humanity that exist on Earth today. Them designate Latin letters and numbers. They are derived from the conditional Adam — the common ancestor of all of the people who lived, according to various estimates, from 80 to 275 thousand years ago somewhere in Africa.

Similarly, the gender (mythography) and branches (mitotypes), usually determined by two sites in the mtDNA transmitted through the female line: HVR1 and HVR2. All metgruppy lead to conventional Eva, who also lived in Africa, about 180 thousand years ago. The ancestor founded 29 genera. Russian is the most common metgruppy H, T, J, U5a.

you are Not brothers to us

“By and large, a haplogroup is a Convention. There is a common tree diagram of the relationship on the Y-chromosome. Some branches (clades) of this tree received its own name as a separate haplogroup. But as regularly there are new mutations of the Y-chromosome, within each sub-group continues the branching. A new branch called subclade. Now gradually moving towards a system where indicated “big” haplogroup (R1a, R1b, N, I, E) and it added the name of the most “fresh” common mutations marking a separate branch within this haplogroup. For example, subclade I1-M227 (found in the Nordic countries. — Approx. ed.) at the same time belongs to haplogroup I1, and parent to her, I, IJ, IJK, F, CF, BT, and so on,” explains Kozlov.

Most often people order the test the Y-chromosome of the male members of the family. Analysis of autosomes and mtDNA increases the chances of finding relatives.From documents to the tubes

“I have many relatives loved to travel. Like in neighboring Poland to visit. But this is costly — the visa is expensive. In 2000, we learned that if you find in the family of the poles, you can get a card that entitles visa-free visit to Poland, and now the entire European Union. The legend of this family. Why not to try? So in 2006, I lodged in the archives. Close relatives-poles are not found. But the search I was very fascinated by. The main thing is to know the truth,” says RIA Novosti the resident of Minsk Elena Korotkevich, a participant of the forum “Molecular genealogy.”

Scientists have otsenival the genome of the oldest of the British. He was blue-eyed and dark-skinned

At the genealogical forum of IOP and in the “Classmates” Elena they met fascinating namesakes of Russia. One wrote for posterity a detailed family history, second made a family website. Their grandparents lived in Belarus, but in different places. Karatkievič decided to ask relatives whether they.

However, to establish the relationship of the archives failed: many documents were destroyed in the wars that swept through Belarus.