The Russian Embassy called the support of the British fighter threat

LONDON, Aug 25 — RIA Novosti, Denis Voroshilov. The use of British fighter jets to escort Russian aircraft over the Black sea is a provocative and dangerous step, said press Secretary of the Russian Embassy in the UK. 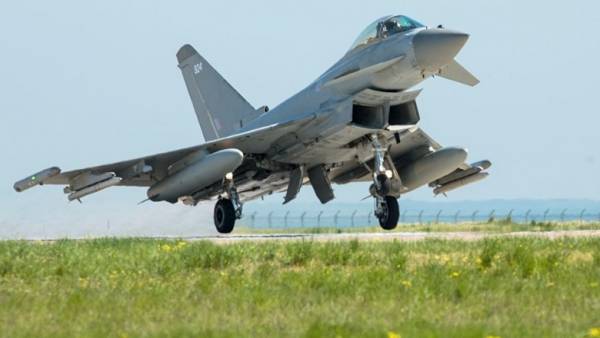 Earlier, the Ministry of defence of the United Kingdom said that on 23 August the British sent fighter jets from the military base in Romania to accompany departed from the Crimea the Russian military aircraft.

“Defense Minister Gavin Williamson and other British politicians to show the public the routine actions of the Russian side as a “provocative incidents” themselves are highly irresponsible. The current episode illustrates the perniciousness of the idea of deployment of RAF and other NATO forces in Romania, Poland and the Baltic States. Instead of strengthening someone’s security is the military presence is actually used by the British authorities for their own provocative activity — verbal, which is unfortunate, and a real military that is simply dangerous,” — said the press Secretary told reporters.

According to the diplomat, all actions of the Russian armed forces strictly comply with international law and pose no threat to the UK.

“You can still understand, when the Royal Navy to accompany the ships to the Russian Navy when passing through the English channel, in the vicinity of the British coast, although it is not necessarily accompanied by public statements. But what kind of threat the UK or even its allies can at least theoretically present Russian patrol aircraft flying near the Russian coast, at a distance of more than two thousand kilometers from the British Isles?” — said the spokesman.