The United States demanded from Europe to disengage from Russia

Alternatives to the “Nord stream-2” has urged the US presidential Advisor for national security John Bolton. He stated this at a briefing in Kiev, reports TASS. Most importantly, he said, to avoid dependence on Russia. 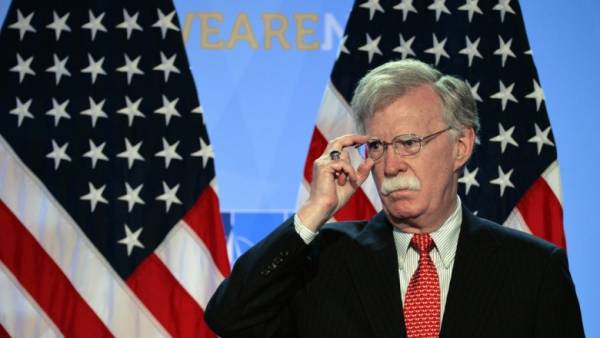 “One of the issues mentioned by trump about Nord stream”, is not only the economic importance of this issue, when there is such dependence on Russian energy supplies and the strategic importance is that associated with the monopoly supplier of critical resources, — reports TASS the words of the adviser of the President of the United States.

Ukraine and other countries Bolton suggested alternatively to pay attention to “search other sources and natural gas resources”. He recalled the proposal to build the TRANS-Adriatic pipeline to supply natural gas from Azerbaijan to ship to Italy. So, according to Bolton, the Ukraine has the resources “which is approximately enough to meet the needs of, and maybe an American company will see attractive prospects for drilling.”

“If “Nord stream-2″ will be built, Ukraine will remain in a risky situation, even if Russia will commit to provide sufficient volumes of gas,” warned adviser to the President of the United States.

Earlier, on August 24 Chancellor Angela Merkel said that “Nord stream-2” will not lead to a sharp increase in the dependence of Germany on Russia. However, she noted that in the next decade, coal will be replaced by gas as a more environmentally friendly fuel, so it is necessary to increase the volume of its supplies to Europe.