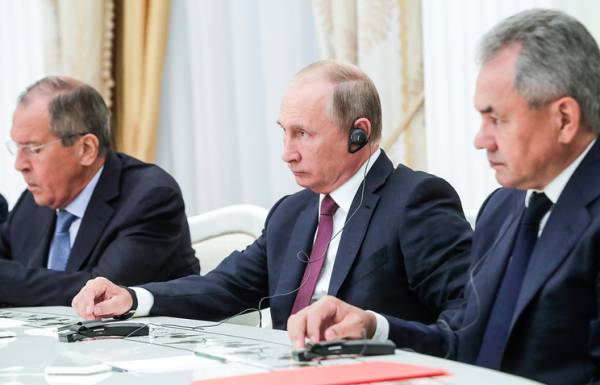 MOSCOW, August 24. /TASS/. Relations of Russia and Turkey are becoming more profound, they, along with other interested countries also managed to make serious progress in the settlement of the Syrian crisis. This was stated by Russian President Vladimir Putin at a meeting in the Kremlin with Minister of foreign Affairs of Turkey Mevlut Cavusoglu and defense Minister of Turkey, Hulusi Akar.