Former new York mayor Rudolph Giuliani, currently working as a personal lawyer, Donald trump, warned on 24 August of a possible “uprising” in the country in the event of dismissal of Mr. trump as President of the country. 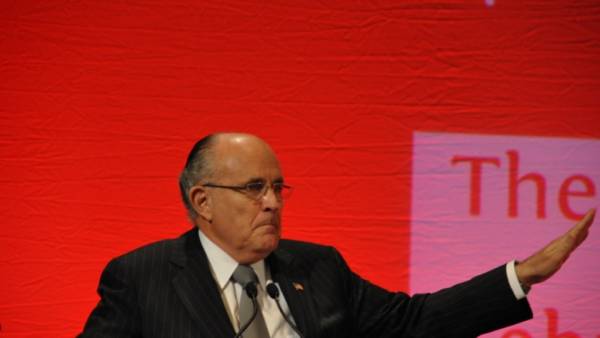 Speaking on the TV channel Sky News, Mr. Giuliani, who sometimes even surpass the extravagance of the statement of the President, remarked that the opponents of Mr. trump there are no grounds for impeachment of the President. “His (Donald Trump.— “B”) can be removed only for political reasons and the American people will rise up against it,” said Mr. Giuliani.

Talk of a possible removal from office of the President of the United States, which opponents of Mr trump claimed to be a distant dream, turned into a more practical plane after a plea bargain entered into by the predecessor of Mr. Giuliani, Michael Cohen, recognized that he received from the then presidential candidate U.S. money to prevent the emergence of negative for Mr trump information. According to the lawyer, Mr Cohen, from the testimony of his client “obviously, Donald trump has committed an offense”.

Mr. Giuliani, after the President called his predecessor a liar, while pointing out that the testimony of this “liar” is completely removed from the President all sorts of accusations of committing a crime and doing the impeachment is unrealistic.

Previously, Mr. Giuliani surprised the journalists, for example, the phrase that “truth is not the truth,” or tvitov the word “you”, giving thus a new Internet meme.