At the international forum “Army-2018” Corporation rostec, introduced the first production anti-aircraft missile complex “Pine”. The forum announced that the package has been tested in the Russian army and will soon replace the outdated SAM “Strela-10M”. 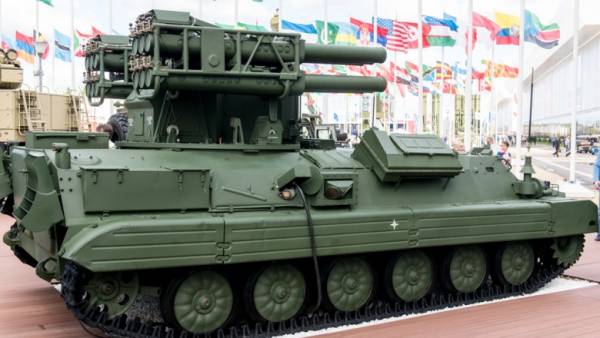 The newest complex is system laser-beam guidance, which allows him to hit targets at a distance of 10 km. the Management of “Pine,” into a single optical-electronic system, comprising a launcher, a means of detecting targets and control the missiles in flight. Target detection system can be used not only manually, but also offline.

“Pine” is called the universal complex, because it can effectively work at any time and under any conditions — in rain, cold, heat. More complex stands silent preparation for the shooting and the ability to battle in traffic.

In fact, “Pine” is the only module with a rocket launcher and guidance system. It can be installed on any vehicle with a load capacity of 3.5 tonnes.