ROME, August 18 — RIA Novosti, Sergei Elders. The death toll in the collapse of a road bridge in Genoa has risen to 42 people, reported on Saturday, news channel RaiNews24. 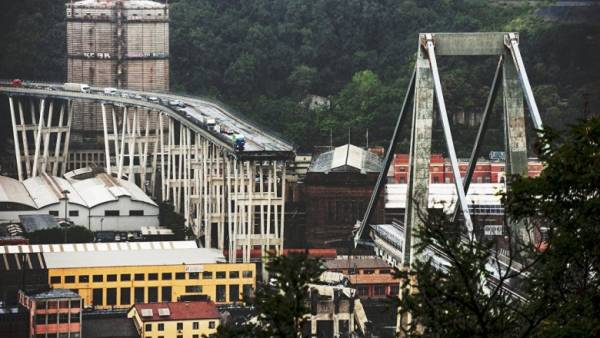 According to this information, which has not yet been confirmed by the official authorities, the rescuers managed to extract from the rubble the body of 42 victims. Earlier on Saturday, rescuers reported they found the crushed concrete blocks the car in which there was a family of three — father, mother and their 9-year-old son.

Perhaps we are talking about the latest victim of the tragedy in Genoa as in the list of missing persons still remained just one name. According to local authorities, in hospitals are ten wounded, nine of them in serious condition.

On Tuesday around noon, one of the basic pillars and a large bridge across the motorway a10 Genoa fell on warehouses and railroad tracks. At the time of emergency on the bridge were more than 30 cars. On Saturday in Genoa will host the state funeral of the victims of the tragedy. The country declared a national mourning.