Moscow. August 18. INTERFAX.RU — the Detainee on the eve of the head of territorial Fund of obligatory medical insurance of Dagestan Magomed Suleymanov is suspected of creation of criminal community and swindle in especially large size, informs SKR. 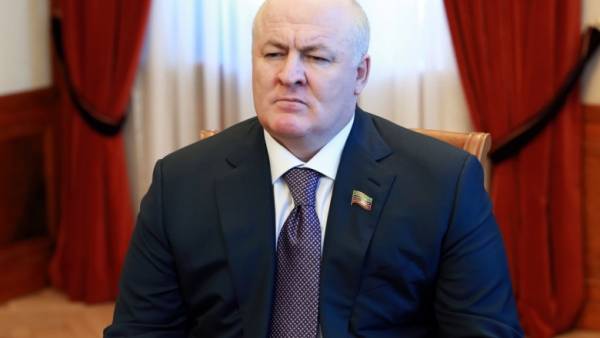 “In Dagestan, the head of regional Fund of obligatory medical insurance Magomed Suleimanov and other officials are suspected of creation of criminal community and swindle in especially large size”, — stated in the message.

According to the investigation, from 2010 to 2018 by the members of the criminal community, so it was stolen more than 210 million rubles.

According to investigators, the scheme of the criminal community was the following: using false documents provided by private medical clinics and medical institutions, using-led affiliates of the insurance company on the basis of forged documents transferred the money from the Fund for alleged medical services rendered.

In addition, according to the investigation, affiliated insurance companies and the Fund were provided false information about more than 600 individuals either died or emigrated to countries in the Middle East, which was supposedly in medical institutions of the Republic were assisted.

“The suspect is detained, the question on election concerning it a preventive measure,” — said the TFR.

Informed source informed “Interfax”, the head of territorial Fund OMS of Dagestan Magomed Suleymanov August 17, was detained at the airport of Makhachkala.

Magomed Suleimanov from April 2007 to March 2010 he was Chairman of the people’s Assembly of Dagestan, March 2010 — served as Executive Director of OMS “Dagestan”.