NEW YORK, August 16. /TASS/ — the White house the President’s decision is explained by the desire to prevent leakage. 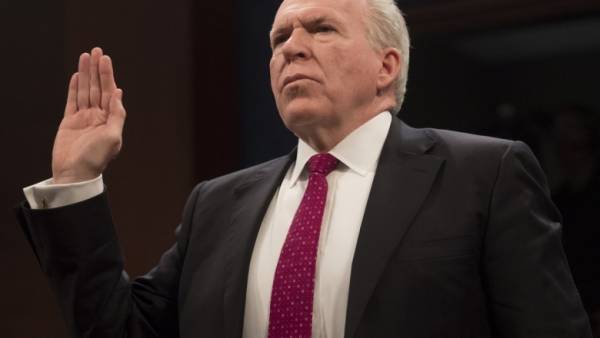 Earlier, the press Secretary of the White house Sarah Sanders said that the President recalled Brennan access to classified information. She noted that trump has taken this step to prevent leakage of such data. In addition, according to her, the President is considering to deny the admission of another former head of the CIA Michael Hayden, former head of the FBI James Comey, the former Director of the N. I. USA James Clapper, and a number of others.

This action is part of a broader effort by Mr. Trump to suppress freedom of speech & punish critics. It should gravely worry all Americans, including intelligence professionals, about the cost of speaking out. My principles are worth far more than clearances. I will not relent. https://t.co/TNzOxhP9ux

“This step is part of a broader effort trump aimed at the suppression of press freedom and punishment of critics,” — commented the decision of the President of the Brennan. According to the former head of the CIA, such actions trump should cause “serious concern on the part of all Americans, including people in the intelligence community” about what price to pay for expressing their opinions. “My principles are much more my access [to the intelligence],” he said, adding that they will make concessions.

Separately, in an interview with MSNBC Brennan called trump’s decision “politically motivated.” The former head of the CIA also stated that he would continue to openly Express their opinions.

Brennan headed the CIA from 2013 to 2017, and before that was an adviser to former US President Barack Obama on combating terrorism. Brennan left his post January 20, 2017, inauguration day trump. Since then they have repeatedly criticized each other, in exchange of various accusations.