The ancient Egyptians knew about the existence of the kidney and has developed a pregnancy test and determination of the sex of the child. The journalists of the edition told ScienceNordic Egyptologists, which decipher the papyri found in the ancient city of Tebtunis. 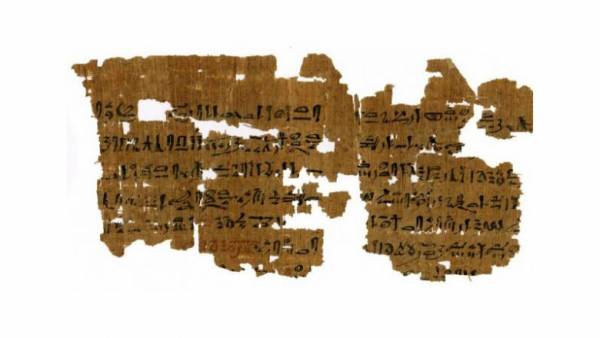 Tebtunis was founded around 1800 BC, the Pharaoh of the twelfth dynasty by Amenemhat III. The city was the site of the modern village of Umm El-Bregat in the Fayum oasis. Tebtunis was the center of worship of Sebek, the God of water and the flooding of the Nile with a crocodile head; here was a temple complex, dedicated to Sebek, and in the city necropolis, except human, were buried also many of the mummies of crocodiles. During excavations of the necropolis in the winter of 1899-1900 years, the British papyrology found besides the mummies, the papyri.

Physicists have solved the mystery of the famous Basel papyrus

Part of the papyri found in the temple of Sobek and other parts of the city. Many of them dated to the reign of the Ptolemaic dynasty (332-30 years BC) and the first centuries ad. The texts were written in demotic script (the name of one of the forms of the Egyptian letters) and the Koine (Greek language of the Hellenistic period).

In the early XX century part of the demotic papyri acquired the Carlsberg Foundation and donated to the University of Copenhagen. A large part of the papyri has still not read, and an international team of Egyptologists, under the leadership of Kim Ryholt (Kim Ryholt), head of the University collections, is working to decrypt it.

When reading one of the papyri, scholars were convinced that the ancient Egyptians knew about the existence of the kidneys in humans. According to the student new York University amber Jacob (Amber Jacob), who works with the manuscripts is an ancient text which referred to the kidneys. Sorry about the age of the papyrus she had not mentioned.

In another text written 3.5 thousand years ago, describes a pregnancy test to determine sex of the child.

The text says that a pregnant woman needs to urinate in a bag made from barley straw, and a sack of wheat straw. In fact, in some of the bags will be faster sprouts, you can determine the sex of the baby. If none of the bags will not germinate, the woman is not pregnant.Sophie shad student at the University of Copenhagen, which deals with the transcription of the text

Interestingly, the same pregnancy test is mentioned in German folklore text 1699. “Many of the ideas of the medical texts written in Ancient Egypt, re-appear in later Greek and Roman literature. From here they move into the texts of the Middle East and their traces can be found in the medical literature before the advent of modern medicine,” explains shad.

Last year, Danish researchers found that the ancient Egyptian ink used to write some of the papyri in Tebtunis included copper compounds. And the Egyptians made ink of the same composition for over 300 years.