Users do not agree to be extremists

Industrial regional court of Barnaul has refused to stop criminal case concerning 24-summer Maria Motunau accused of extremism because of the publication of memes in social networks. The court considered that the grounds are insufficient, and deferred consideration of the case at the end of August. The fact Barnaul student Daniel Markin, also accused of crimes of an extremist nature, was postponed to mid-October: he re-appointed psychological examination. 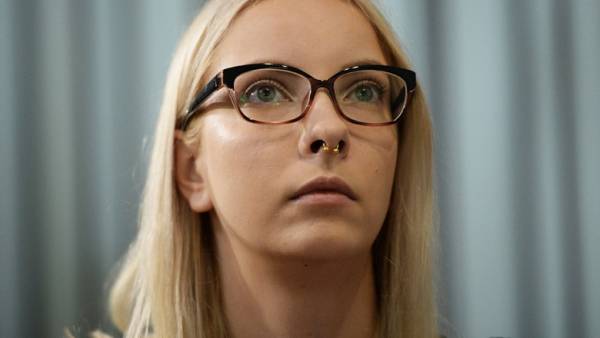 Today in Barnaul, held a hearing on the case of Mary Motunau accused of insulting the feelings of believers and inciting hatred and enmity (part 1 of article 148 of the criminal code, part 1 of article 282 of the criminal code) because of the publication of the nine images in the social network “Vkontakte”. This was the first session, which was held in the open mode and assumed the challenge to courtroom witnesses. As previously reported by “Kommersant” the lawyer of Mary Motunau novel Omehow, it was planned that the court will interrogate the two girls who reported to law enforcement that Mary Motunau was allegedly infringed laws. However, at the hearing they were not.

The head of the UK TFR in the Altai territory Eugene Dolgalev informed commentary portal Amic.ru reported that the girls ‘ testimony was not the basis of the charges: “just Witnesses present during the search. They looked at these pictures really has confirmed what is shown there, put their signatures. Essentially from the girls does not depend on anything and anyone they “didn’t knock””.

Today the court interrogated the witness for the prosecution, Vladimir, Demechenko who is a specialist “Mobile TeleSystems”. According to Roman Ozhegova, Mr. Demechenko gave the opinion on the reference to the address where Mary Matuska could access the Internet, to the cell tower. The defendant was read the indictment describing the images, which became the pretext for legal action. According to Mary Motunau, examination images took more than 20 sheets. She said in court that he did not recognize his guilt.

In response, the defense filed a motion to dismiss. Roman Ozhegov said “Kommersant” that the defense asked the court to stop the prosecution on charges under part 1 of article 148. “As for the charges under part 1 of article 282, we have been requested to send materials charges to the Prosecutor for additional investigation, to conduct apexpertise. It is necessary to eliminate all the contradictions that it is clear what man is persecuted, what were the motives and goals and whether they were at all. Based on this we can conclude: whether to take the case to court”, — said Mr. Ozhegov. He noted that the case caused a stir: “Many people believe that the crime is the publication of the images no, it acts similar to an act of hooliganism, an administrative offense”.