Penny advised Turkey not to test the patience of trump

WASHINGTON, 15 Aug — RIA Novosti. Vice-President Mike Pence warned Turkey “not to test the patience of trump” and called for the release of American pastor Andrew Brunson. 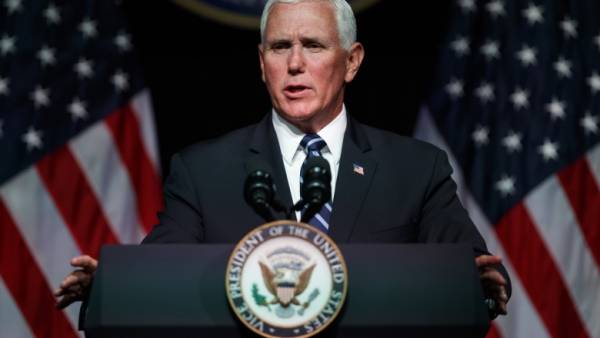 “Pastor Andrew Branson — an innocent man held in Turkey. The President and I will continue to stand firm as long as the pastor Brunson is released and returns to his family, friends and churches in the United States,” wrote Pence in Twitter.

In this regard, he stated that “Turkey should not test the patience of President trump, who intends to return home to the United States of Americans who are unjustly jailed in other countries.”

State Department spokesman Heather Nauert, in turn, noted that the US and Turkey have not yet scheduled a meeting to discuss the fate of the pastor.

“Diplomatic efforts are continuing. I’m sure sometime in the future we will discuss with the Turkish government up to the pastor Brunson and other Americans,” she added.

Relations between Turkey and the United States

Relations between Washington and Ankara recently escalated, in particular, for the case of American pastor Andrew Brunson, detained in 2016 by the Turkish authorities. In early August, the US Treasury imposed sanctions against the head of the Ministry of justice of Turkey Abdulhamit Gul and interior Minister Suleyman Soylu, accusing them of “serious violations of human rights”.