New details have become known upcoming US sanctions against Russia

The U.S. Congress on its website published the text of the bill of new sanctions against Russia, which should come into force on 22 August. It has a page number 57, which was not in the original version of the document at the disposal of “Kommersant”. Missed page contains information on sanctions against Russian public debt and the Russians involved in cybercrime. 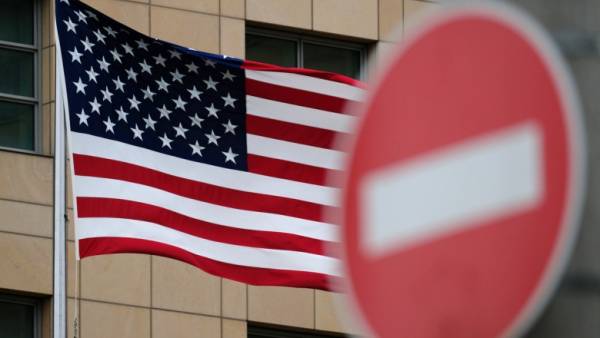 On page 57 it is reported that sanctions may be imposed against any financial instrument with maturity of longer than 14 days, which the American President considers Russian debt. Recall that the document provides for the possibility of extending sanctions on the new Russian debt, addition of the individual announcement by the President of the United States of any tool public debt is a standard practice in such documents clause designed to block the appeal by special tools to bypass sanctions: it prevents arbitrary decisions.

The same measures (ban on the circulation of new issues) can be applied to similar financial instruments of the largest Russian banks: Sberbank, Vnesheconombank, Gazprombank, Rosselkhozbank, Bank of Moscow and Promsvyazbank.

The bill specifies that two months after its entry into force, the President of the United States is obliged to impose sanctions against natural and legal persons, if it is proved their involvement in the sponsorship of cybercrime.