Modest wedding, but with taste, was held on 11-12 August in the Crimea. 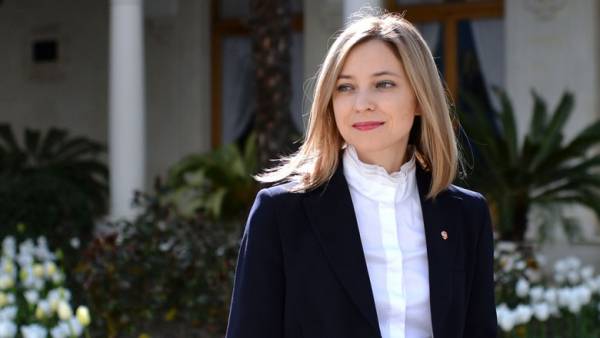 Last weekend in the Republic of Crimea was held the wedding of the Deputy Chairman of the Duma Committee for security and combating corruption of Natalia Polonskaya and the chief of staff of the Commissioner for human rights, Ivan Solovyov.

As told to “Storm” guests, “the wedding was modest, but tasteful.” The ceremony Poklonskaya colleagues on the Duma, relatives, colleagues from the security forces.

Natalia Poklonskaya said in a conversation with the “Storm” that “are not yet ready to comment on personal life.”

Earlier, the MP also avoided questions about his personal life. In declarations on the income of the spouse Poklonsky did not appear, as her first husband, she was divorced. But in the press slipped that she has a man with whom the relationship was not registered.

“Indeed, I said earlier in the press that I have a wonderful family: a husband, a child… And when I said it, I had a relationship with a man with whom we had intended to draw. But, unfortunately, it just so happened that we broke up,” — said in 2017 Poklonskaya.