The Russian Embassy in the United States called “absurd” the statements of Congressman Thomas Garrett of Russian interference in American politics, which led to the aggravation of the situation in Charlottesville where in 2017 the action of nationalists turned into clashes with their opponents. 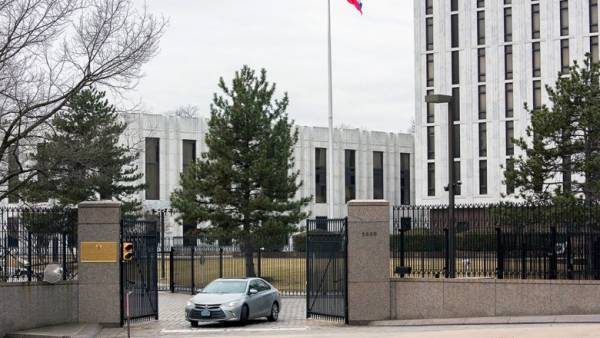 The diplomatic mission once again noted that no evidence “of these insinuations… is not in principle”.

“To handle the responsibility on others is much easier than addressing domestic problems, proving that after more than 150 years after the official abolition of slavery, racial tensions in the United States, seem to persist”, — stated in the message of the Embassy in Facebook.

We will remind, disorders in Charlottesville last year started because of the authorities ‘ intent to remove from the city Park, the monument to General Robert E. Lee who led the Confederate army during the Civil war in 1861-1865. The clashes between members held in the “March of a United right-wing” and their opponents, the girl died, another 34 people were injured.