The Kremlin reacted to the US decision to impose new sanctions

The plans of Washington are contrary to the atmosphere of the latest meeting of Putin and trump, said Peskov. 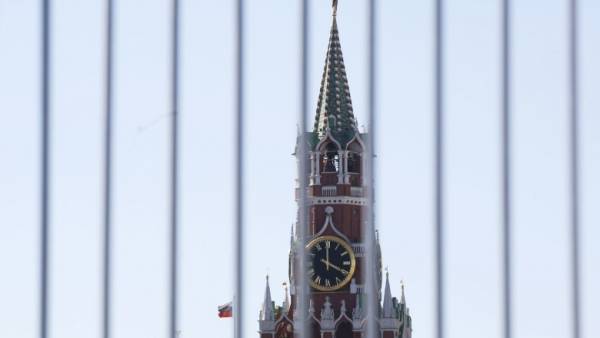 The Kremlin believes that it is premature to speak about Russia’s response to new sanctions from the United States, told reporters on Thursday, press Secretary of the President of Russia Dmitry Peskov.

First, we heard an official statement about the new so-called sanctions, and we heard some high-ranking source, who spoke on the possibility of certain restrictions against Russia. So until we understand exactly and officially what was going on, to talk about some countermeasures would be wrong.Dmitry Pescovitz Secretary of the President of Russia

In General, however, Moscow considers “unacceptable linkage new restrictions”, which the Kremlin considers illegal, with the “business Salisbury”, said Peskov.

“We again resolutely reject any accusations of possible involvement of the Russian state to what happened in Salisbury — it’s not out of the question. Russia had, has and could not go to Russia had some relevance to the facts of use of chemical weapons,” — said the representative of the Kremlin.

“Moreover, we cannot even clearly speak about that and how it was used in the UK, because they do not have any information and have no answer to our proposal of the British side on the joint investigation into the incident,” he added.

Commenting on another draft of the sanctions proposed by U.S. senators, Peskov said about the readiness of the Russian financial system: “Russia’s Financial system is fairly stable, it is well known. It has proven its stability in rather difficult times. Due to the ongoing unpredictability of our foreign partners, of course, we must keep our financial system in proper condition. It’s obvious”.

“Of course, such decisions taken by the American side, are completely unfriendly and it is unlikely they can somehow associate with the constructive — difficult but constructive atmosphere, which was at the last meeting of the two presidents (of Russia and the USA in July in Helsinki. — “Vedomosti”.)”, concluded Sands.

Despite recent events, Russia retains hope for building a constructive relationship with Washington, said the representative of the Kremlin. “Because these relations not only in the interests of our two peoples, but they are in the interests of stability and security in the world,” he explained. “President Putin has repeatedly demonstrated its constructive attitude and a willingness to look for ways out of difficult situations, a willingness to discuss the hard issues: no one has reason to doubt that President Putin keeps this attitude,” — said Peskov. “We regret that often do not meet reciprocity on this matter from our counterparts”, he concluded.