BRUSSELS, Aug 7 — RIA Novosti. The EU will introduce 7 Aug legislation abolishing the EU extraterritorial effect of US sanctions against Iran. 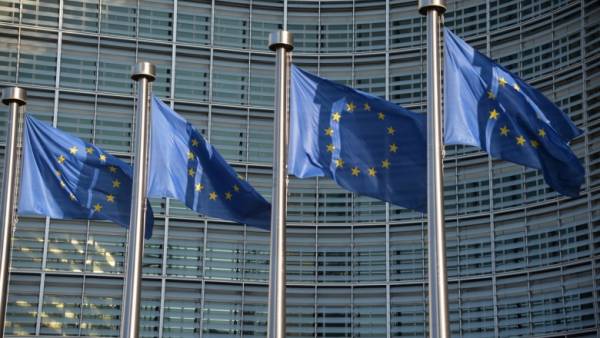 “Since the first series of the newly imposed US sanctions against Iran comes into force, (August 7 — ed.) comes into force and updated the Blocking Statute of the EU (Blocking Statute) to mitigate their impact on the interests of EU companies, the leading legitimate business in Iran”, — stated in the message of the European Commission.

We are talking about the update of the Statute in 1996. “The update will be published in the EU official journal and will enter into force on 7 August,” — said the EC.

The President of the United States Donald trump in early may announced that Washington is out of agreement with Iran on its nuclear program. He announced the restoration of all sanctions against Tehran, including secondary, that is, against other countries doing business with Iran.

Update of the Blocking Statute is part of the European Union support the implementation of the nuclear deal with Iran, trade and economic relations with the country.

Updated the Blocking Statute would prohibit residents and EU companies to follow the appropriate extraterritorial U.S. sanctions. However, the European Commission in certain cases will be able to give permission for this, indicate the materials of the EC.

The EU can impose sanctions on companies and residents of the EU for breach of the rules of the Statute.

These rules supersede in the EU arising from these sanctions, the United States of a foreign judgment, according to the materials of the EC.

The Statute allows residents and companies of the EU to demand through the courts of EU countries the damages from these sanctions on individuals and companies who caused it. Compensation, according to the EC, may be in the inventory and the sale of assets of the person who caused the damage, its representatives and intermediaries.