In Switzerland, 20 people were killed in the crash of a transport plane of the German troops during the Second world war. It is reported by the Süddeutsche Zeitung. 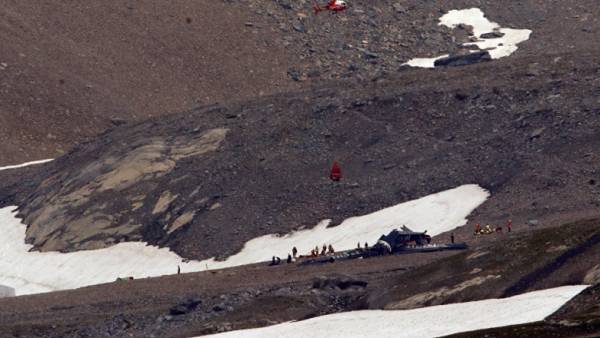 According to preliminary data, the aircraft “Junkers-52” (Junkers JU52 HB-HO) crashed in a mountainous area. On Board were 17 passengers and three crew members. The crash happened at the height of 2.5 kilometers, the plane hit a mountainside vertically and at high speed. Now the causes of the crash are being investigated, conducted search and rescue operations.

The crashed plane was built in 1939, it belonged to the company JU-Air, which is part of the Association of friends of the Swiss air force.

The company owns three “Junkers”. They are used for sightseeing flights over the Alps. Piloted by former military pilots.

“Junkers-52” — passenger and military transport aircraft which was also tried as a bomber. Produced aircraft manufacturer Junkers Flugzeug – und Motorenwerke AG from 1932 to 1945. In all there were nearly five thousand cars. During the Second world war, Junkers was the main Transporter of the German air force. Except for Germany and Switzerland, they were used in Bulgaria and Finland.