European media have wondered what happened to German Chancellor Angela Merkel, having seen that the spouse of the Chancellor, with whom she usually spends the vacation herself alone. The ratings of the Chancellor, meanwhile, go down and soon it will call “on the carpet” during the next meeting of the leadership of the Christian democratic party. 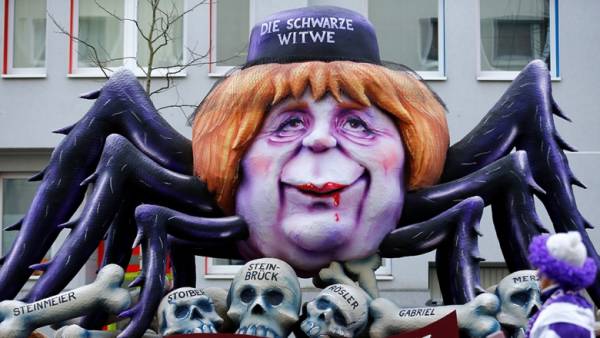 Usually at this time of the year, German Chancellor Angela Merkel is on vacation and traditionally resting with her husband in the Italian Alps, but this summer, Joachim Sauer, husband of German leader — resting in solitude. This circumstance first drew the attention of the tabloid Bild, a website appeared an article entitled “Where’s Merkel?”.

Journalists even suggested that the couple Merkel — Sauer could happen “family crisis”, or the Chancellor busy with some “secret mission”.

Britain’s The Telegraph notes that “nobody knows where Mrs Merkel and with whom she spends free time.” The publication adds that government officials refuse to give information on the private life of the Chancellor.News

The same question is asked and Reuters, which notes that the last time Merkel and her husband were seen together on 25 July, in Bavaria during a visit to the festival of Richard Wagner. The couple have been together for 20 years and I love classical music concerts. Sam Sauer, specialty — chemistry Professor, like Merkel in the past, appears in public rarely.

Media are reporting that the intrigue around Merkel will be resolved on August 20, to be held its leadership meeting of the Christian democratic party.

Most likely, the Chancellor is considering what she would say to party members, given that her situation not be called brilliant.

According to the Bild poll, the rating of the conservative CDU/CSU, Chancellor of Germany fell to the lowest level in the past 12 years and currently is 29%.

The rating of the Social democratic party, 18%, and of the party “Alternative for Germany” — already 15%.

In addition, opponents of Merkel recently quite harshly criticized the Chancellor. In particular, the head of the Free democratic party of Germany, Christian Lindner, insists that the term of office of the Federal Chancellor must limit eight or ten years.

Merkel is, indeed, one of the main political centenarians of Europe. In his post it is from 2005, and became the first leader in the modern history of Germany, born in another state. Merkel, a former citizen of the GDR, which after the unification of Germany has come to the attention of then-Chancellor Helmut Kohl.