One of the passengers crashed in Mexico, the plane took video of the moment of falling

MEXICO city, 1 Aug. /TASS/. Ramin Parsa, one of the passengers crashed on Tuesday in Mexico Embraer 190 had to make a video of the crash. 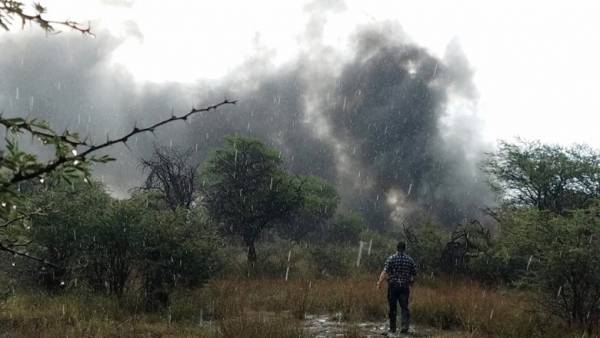 It was published in his Facebook on Wednesday, the father of his friend, Jerry Douglas Witt, Jr.

On the record with a duration of 23 seconds shows that the aircraft accelerates for take-off under very heavy rain, accompanied by strong gusts of wind. At some points the visibility from the window is almost zero. Presumably, immediately after takeoff is a strong shot then the camera falls from his hands shot, in this recording you can hear the other passengers begin to scream.

On Board the Mexican airline Aeromexico were 103 people: 99 passengers and four crew members, 98 of them were injured, nobody died. To date, according to Aeromexico, the hospital discharged already 64 people.

The liner carried out flight from Durango in the country’s capital — Mexico city. According to the preliminary version of the incident, the accident was caused by severe weather conditions.

According to the authorities, among the passengers were citizens of Spain and citizens of the United States. As the correspondent of TASS in the Russian Embassy in Mexico, the Russians on Board the crashed airliner was not.