MOSCOW, 2 Jun — RIA Novosti. The statement of the head of the N. I. USA on the ongoing Russian intervention in the upcoming elections the U.S. — a continuation of the policy of the West in the formation of Russia as an enemy image, said the first Deputy Chairman of the Duma Committee on international Affairs Dmitry Novikov. 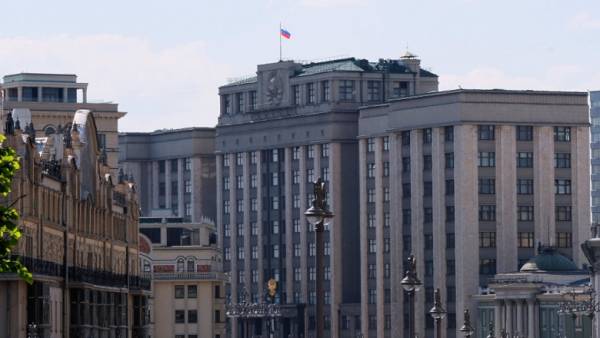 The head of the N. I. USA Dan Coates said on Thursday that Russia continues “a campaign” aimed at intervention in the coming in November 2018 interim parliamentary elections.

All prominent representatives of the establishment in Washington trying to keep up with the context that is set today. In the US, the context associated with the permanent charges of Russia meddling in the Affairs of the European Union, meddling in the Affairs of the United States. The West continues to make our country an enemy to justify its politico – economic pressure on Russia.Dmitry Novikov, the first Deputy Chairman of the Duma Committee on international Affairs

The MP added that such statements are made to justify the sanctions policy, which is held and which is connected with the constant set of arguments. “At the heart of these arguments lies the issue of Crimea, the question of Donbass. Then all of this was layered a lot of other things: interference in elections, the case Skipala and everything else,” — said the Deputy.

Novikov said that the main task of Russian authorities is to counteract this, to be able to build up an effective financial and socio – economic policy.

The investigation of the alleged Russian “intervention” in U.S. elections, as well as alleged links of Donald trump with the Russian Federation that contradict the White house and the Kremlin, is spectaculorum Robert Mueller, and in both houses of Congress. While evidence of any “interference” was not given, despite the fact that the “investigation” lasted for more than a year.

Russia has repeatedly denied accusations of trying to influence the elections in different countries, as the press Secretary of the President Dmitry Peskov called them “completely unfounded”. The Russian foreign Minister Sergei Lavrov, speaking about alleged Russian intervention in elections in the United States and other countries stated that no facts confirming it, no. Advisor to the President for national security John Bolton also said that he had received assurances from Russian President Vladimir Putin that Russia has not interfered in the elections in the United States.