Geologists have discovered the secret of the birth of blue diamonds

MOSCOW, 1 Jul — RIA Novosti. Famous blue diamonds are formed at great depth record, in the lowest layers of the Earth mantle, and their grandparents are special rare minerals present on the seabed. This was written by geologists, who published an article in the journal Nature. 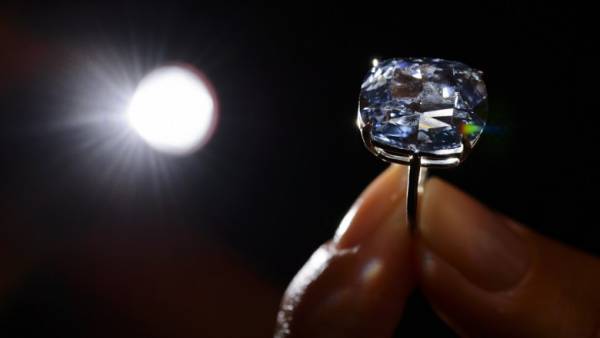 “In the past, the history of the formation of diamond was studied using the lower quality diamonds. Two years ago we showed that the most expensive and beautiful stones were born inside threads of metallic liquids in the deep layers of the mantle. Now we know that blue diamonds are formed at great depth,” said Steven Shiri (Stephen Shirey) from the Carnegie institution for science in Washington (USA).

A large part of the largest and historically famous diamonds on the planet has been found in the so-called kimberlite pipes. They are “pillars” of particular igneous rocks, which, according to scientists today, rose from the deepest layers of the mantle to the base of the crust, broke it and stepped on the surface of the Earth. Such tubes are found only in some parts of East Siberia, South Africa, Tanzania and Brazil, which produces 90% of the diamonds on the planet.

Today, scientists actively study the chemical and mineral composition of these tubes and their contained diamonds, hoping to unlock the mysteries of how the cycle of rocks the deepest layers of the mantle close to the core of the planet. For example, recently scientists have found, studying Brazilian diamonds, they are formed at very great depths, around 700 kilometres, from the matter of the oceanic crust, “drowned” in the distant past in the Earth’s mantle.

Shiri and his colleagues tried to understand how are not ordinary diamonds, but they are more rare and expensive counterparts, the so-called blue diamonds. These include, for example, the famous “hope”, the most expensive jewel in the world, as well as the “Heart of Eternity” and a few other well known stones. Their unusual colour is due to the fact that they contain small inclusions of boron and contain almost no nitrogen.