To get the preacher. As one man helped to embroil Turkey with the world

While Turkey is fighting with supporters of Islamic preacher Fethullah Gulen, it spoil relations with the world. Even with Mongolia. 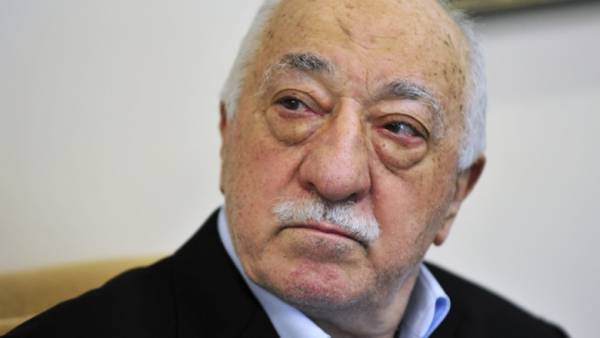 On the morning of 27 July, on the runway of the airport Genghis Khan in the Mongolian capital of Ulan Bator prevailed vanity. Around two private jets ran the Mongolian police and security service of the airport. At the main terminal had accumulated protesters with placards here and there fro the police cars.

The reason for this revival was the incident, which happened in the Mongolian capital earlier in the morning. At 9 am the Director of the Turkish-Mongolian education centre Veysel Akcay came out of his house in the centre of Ulan Bator. At this point, ran up to him the man, twisted him and threw him in the standing beside the van, which drove off in an unknown direction.

Luckily for Van, the scene from the Windows of the house watched his wife. She immediately called the police and told that her husband would kidnap the Turkish intelligence services. Akcay worked in the educational center under the auspices of the organization of the FETO of Fethullah Gulen, a Turkish preacher, whom the Turkish authorities were accused of organizing a failed coup in July 2016. Now the members of the organization are being hunted around the world. Turkish authorities two years required to give all employees FETO for the court in the case of the coup. Where to seek legal extradition is not possible, Turks do not shun dirty methods. For example, on 12 July in Odessa was kidnapped businessman Salih Segi the Igit who created the website with support of Gulen’s ideas. A few days later found him in prison in the Turkish city of Mersin.

The van was more fortunate. An hour later, the Mongolian security services had blocked the departure from the airport of Ulan Bator’s two private planes. It turned out that both sides belonged to the Turkish secret services. One of them was found safe in the Van.

All Turkish agents arrested. Prime Minister Ohnehin of Khurelsukh urgently requested all information about the incident at the Central intelligence Agency of Mongolia. The Minister of foreign Affairs Damdiny Tsogtbaatar requested an urgent telephone conversation with Turkish counterpart. Mongolian authorities solve a question on excitation of criminal case under article “Kidnapping”.

The war with the preacher

We will remind, on the night of July 16, 2016 in Turkey there was a coup attempt. A few thousand troops tried to arrest the country’s President Recep Erdogan and to take power into their own hands. However, the rebellion was suppressed and the next morning in the country, the arrests began.

State of emergency was declared. Initially it was assumed that it will last for three months, but for two years it is renewed 7 times. During this time in Turkey was carried out constitutional reform, which sharply expanded the powers of the President, arrested 160 thousand people laid off 170 thousand soldiers and civil servants, closed media 200 and 3,000 schools and universities, banned 100 thousand sites, and 19 unions.

the tip of the spear. Covert operations by special forces, which began the war

Although the main actor in the coup was the army, which is considered one of the pillars of the secular power in Turkey (Erdogan’s party is in favour of moderate Islamization of the country), the main initiator of the coup government declared the leader of the movement Hizmet of Fethullah Gulen. Gülen is one of the most influential individuals in Islam. He founded the movement opened more than a thousand schools and universities in 160 countries. In 2008, gülen was named the most influential intellectual in the world by Foreign Policy magazine and Time included him in the list of the 100 most influential people in the world.

One time, Gulen and Erdogan were allies, but then fell out. Gulen has repeatedly criticized the Turkish leader, including during large-scale protests against the government in Turkey in 2013.