Trump called U.S. migration laws to be the most “stupid” in the world

MOSCOW, 29 Jul — RIA Novosti. The US President Donald trump called U.S. laws on migration “the most stupid in the world.” 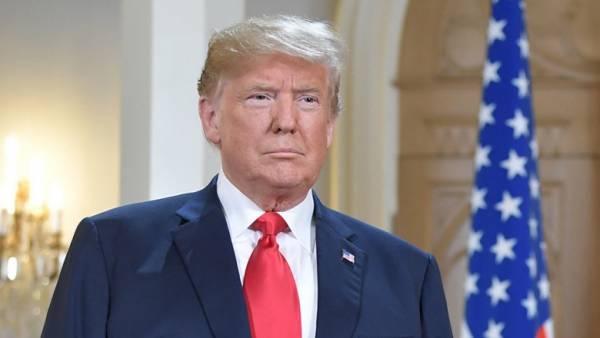 “Please understand that when people cross our border illegally, they will face consequences regardless of whether they have children or not — and many of them are just using children for their low interest,” wrote trump on Twitter.

The politician added that Congress should work to fix “the dumbest and worst” of American laws on migration.

Due to the policy of zero tolerance, announced in April, the U.S. government compulsory detained illegally crossing the border families with children, and then parents are sent to the detention centres, and children in special detention centres since children are not subject to criminal liability. In may — early June was delayed this way more than two thousand children.

Later, trump signed a decree terminating the practice of separating families of illegal immigrants. The decree also specifies that law enforcement agencies “need not detain the whole family, if there is concern that the detention of the child with the parent poses a risk to a minor”.