The American dream of space

July 29, 1958, U.S. President Dwight Eisenhower signed the law creating the National office for Aeronautics and space research — NASA. This date can be considered the beginning of the development of American Astronautics. Before the development of the space was the exclusive province of the military. In fact, their defeat of the Soviet Union was the main reason for the creation of NASA. However, everything in order, as is customary in the “Attic”. 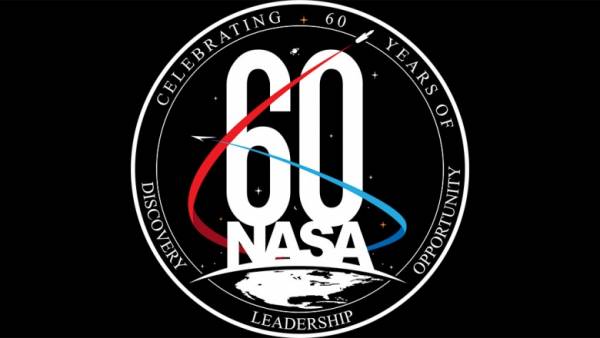 In the United States, as in the USSR, the development of missiles, the first ballistic and then space began long before the Second World war. Both countries tried to strengthen its position with the help of German development. The Americans were more fortunate.

adventure electronics. As the Soviet Union was stealing Western technology

When the Red army approached Peenemunde, Werner von Braun, project Manager for the creation of a German “weapons of vengeance” — a ballistic missile V-2 assembled a team of developers and jointly with them have chosen, to whom to surrender. As an SS officer, he believed that it was better to be in the hands of the Americans, rightly fearing the wrath of the Soviet soldiers.

The Americans, for their part, also longed for this meeting von Braun was at the top of the “Black list” (list of German scientists and designers interested in American government). So in early may 1945, America got her future “father of cosmonautics”, together with documentation on the creation of V-2 rockets.

However, the first years in the United States Wernher von Braun, though, and led the Service design and development of weapons of the army in Fort Blise, only worked on short-range missiles. Just in case, for safety.

Only to 1956, the German became the program Manager of the development of Intercontinental ballistic missiles “Redstone” (it will be launched the first American satellite), and in 1957 became the Special Committee on space technology based on NACA (National Committee for Aeronautics). For the creation of NASA it took the Americans another year, which they spent to lose to the Soviet Union in the first steps of the space race.

Red to move and win

All the 57 th year on American television, the main topic was the planned launch of the first artificial satellite. Numerous television shows talked about how America is preparing to conquer space, experts explained the importance of this event, and the military involved in the space program, drilled holes on the jacket for an award.

What happened on 4 October 1957, to the surprise of all. In secrecy, without the TV show and advertising the designers of the Soviet launched Sputnik-1.

In America, this news had the effect of sdetonirovala nuclear charge. Nobody thought that the “commies” will pass the Americans in turn.

He recalled how then American President John Kennedy:

When we learned about the Russian launch of Sputnik, we came in a state of shock, and for weeks could neither make decisions nor talk with each other.

90 percent of conversations about artificial satellites of the Earth accounted for the United States. As it turned out, 100 percent of the cases occurred in Russia…

What is the cause of failure? The creation of the first American rockets and satellites in parallel doing just two teams, one belonged to the military authorities, and the second created by the command of the naval forces. It is possible that combining efforts could bring the Americans the victory, but history does not know subjunctive mood. The world’s first into space out of the USSR.

Work on the bugs

Since the launch of the Soviet satellite passed less than six months, and the head of the Scientific Advisory Committee to the President James Killian had already put on the table, Dwight Eisenhower Memorandum “On the organization of civil space programs”. Another four months and on July 29, 1958, the President signed a document announcing the creation of the National Committee on Aeronautics of the new Agency, NASA.

Whatever you say, and the Americans know how to work on the bugs. Even then, in 1958, it was clear that only one create a NASA for the conquest of leadership in the space industry is not enough. In 1958, DARPA created — Management of perspective research projects of the Ministry of defense, a special Agency responsible for the development and creation of new technologies that can help the armed forces of their country.

Husky: the heroine of the cosmos, which had no chance to return

This is not enough. As he recalls in his memoirs Dwight Eisenhower: “After the launch of the Soviet Sputnik many Americans seemed suddenly struck with the fear that our defence system was in tatters, but apart from that they were tortured equally unjustified alarm that our entire educational system has failed”. Just to establish a space management was not enough, had to fill it with specialists and the highest quality.

The US government took the unprecedented step — the reform of education in the country, the result of which was to become the army of technical experts, young engineers and designers, able to work in the space industry and create new launch vehicles and ships. In the direction of improvement of teaching physics and mathematics were revised curriculum, created a variety of specialized scholarships and competitions. Even in the universities and mathematical and physical discipline gained considerably in weight.