WP: Butina told the Senate’s support of a businessman from Russia

MOSCOW, 22 Jul — RIA Novosti. Russian Maria Butina, which in the US was arrested on suspicion of espionage, told U.S. senators that received financial support for his project in support of the right to bear arms from the Russian businessman Konstantin Nikolayev. About it reports the Washington Post, citing a source familiar with the testimony in the Senate. 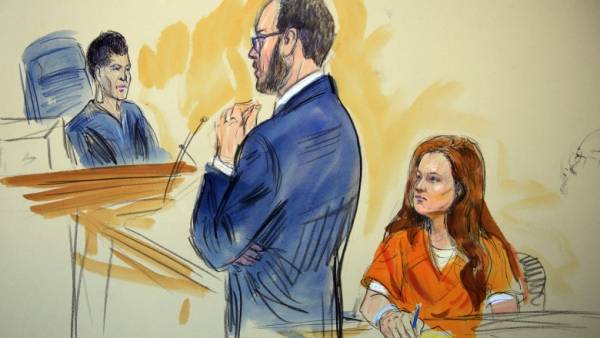 Earlier, the Russians lawyer Robert Driscoll said that his client for several months, testified in the Senate to remove doubts about its contacts with the Americans.

According to the newspaper, in April Butina in a speech to the Senate intelligence Committee declared that Nikolaev has provided funding for the movement in support of the right to bear arms, which she represented.

The official representative of the businessman has confirmed that Nikolaev liaised with Butynol in the period from 2012 to 2014, when she was run organization advocating the right to bear arms in Russia.

He did not comment on the financial support of this initiative.

According to the lawyer of the Russians, the entrepreneur was talking about prosecutors, has allocated funds human rights organizations Right to Bear Arms, which Butina was founded in Russia. He stressed that she personally met twice with businessman. However, that was it, it was Nikolaev, the lawyer refused to comment.

In the United States Butino accused of “collusion” with the purpose of the agent of a foreign government without registering with the U.S. Department of justice, as well as a foreign agent. This kind of charges are standard in cases of espionage. A Russian woman faces up to 15 years in prison. In court Butina has declared his innocence.