“Let him go”. Sidyakin and Milon commented on the decision of the Ivanovo Deputy-United Russia

United Russia Deputy of the Ivanovo region asked to expel him from the party. He expressed his disagreement with the pension reform. A copy of his statement Deputy Alexander Kryuchenkov published in Twitter. Earlier, the ruling party has asked to be removed from the “United Russia” only after the loss of confidence in the President. 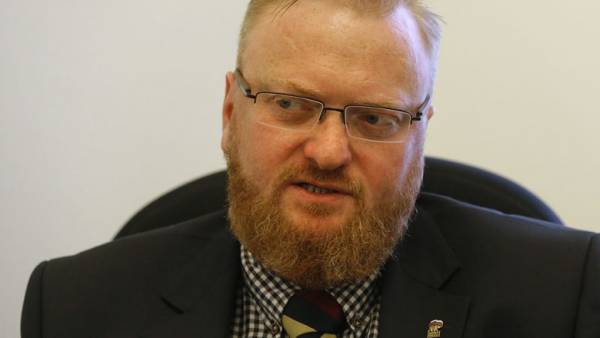 To vote on the issue of pension reform in the state Duma on 19 July from all deputies from the faction “United Russia” voted against only Natalia Poklonskaya. Its solution will be discussed at the Presidium of the faction, said Sergei Neverov.

Business FM asked the deputies what they think about the act of colleagues from Ivanovo region.

Alexander Sidyakin, a state Duma Deputy: “he Wants to — so exclude what issues. If you do not agree, you may disagree outside the framework of our political structure. Tough decision. I think we all like that? The President also said, don’t like any of the options, but no other way. And those who are afraid and hiding its head in the sand, our ways. Let him go”.

Deputy Vitaly Milonov reacted to the decision of colleagues with respect: “It is the right of every person to get in and out. On the other hand, it is a certain unwillingness of the party to democracy. In the party line-that it is, and in some people it is not. The party is always some community of people United by common values, but each of them is unique and has its own look, so nothing wrong with that”.

Raising the retirement age is not supported by not only the opposition parties in the Duma, but nine members of the “United Russia”. Eight of them just didn’t come to the meeting of the state Duma, including Deputy Milonov.