Those born in the country, expect from the newcomers assimilate, and I think that migrant workers actively resist her. 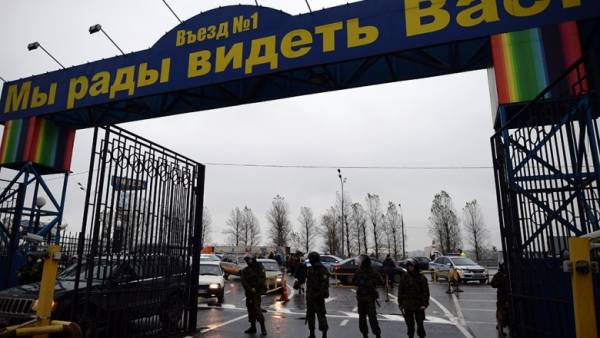 HSE staff spent among Russians, poll, how, in their opinion, should be the ideal immigrants. According to the views of people with Russian citizenship, persons from Uzbekistan, Tajikistan, Kyrgyzstan, China and other countries, who came to Russia to work, must absorb the local culture and demonstrate a commitment to it. Whereas they, on the contrary, strive to guard against this. This unspoken pressure on immigrants by local residents only worsens the situation. Scientific article on the results of a study published in the Journal of Intercultural Communication Research.

Foreign migrants off from production

The authors of the study tested the assumption that the degree of acceptance of immigrants the native population is affected by how strong the country multiculturalism, and quantitatively determined the extent of this influence. To do this, through a social network “Vkontakte”, covering virtually all segments of Russian society, they scored 576 respondents from 33 regions of the country — 212 women and 324 men. They had set the task to Express the degree of agreement or disagreement with the statements collected in thematic groups: the attitude towards acculturation (in this case, the assimilation of immigrants to local culture), adherence to laws, multiculturalism, the desire to communicate with immigrants and the desire to dissociate itself from them, to recognize them outcasts. For each statement you can respond in one of several specified ways, for example, mark the option “strongly agree”, “partially disagree”, “don’t know”, etc. In processing the results took into account the income level of the respondents, their marital status, religion, level of education and nationality.

It turned out that despite the presence in Russia of representatives of many religions and ethnic groups, the indigenous population of the country is not multiculturalism, regardless of wealth or education.

The majority of respondents believe that immigrants do not even know how to communicate in Russian, although in fact the test for understanding this language must pass every foreigner who wants to work in our state.

Respondents would like the newcomers adopted the local customs, although they do not strive to enter in contact with them and believe that migrants deliberately shut out, continuing to speak their native language and translate their usual way of life.

the Great migration: the emigration of treason

If we talk about the practical application of the results of the work, its main drawback is the lack of responses from the immigrants themselves. It is unknown how they relate to the prospect to integrate into Russian society, whether they want to join the local culture, etc. However, according to previous sociological studies, came to Russia, most likely, have no significant motivation to make contact with the indigenous population. The fact that assimilation and acculturation happens if different groups of citizens are positively disposed to each other. And in the case when one does not accept the customs of others, and require that all adhere to the same traditions, the more small and weak group (in this case migrants) increases the sense of insecurity and increases the level of anxiety. This helps to ensure that the group is locked inside himself. And more powerful (in social terms) local, seeing that the newcomers don’t take their orders, getting more and perceive migrants as marginal, unworthy of human treatment.

The mood of Russians affect the state’s policy. So, in 2013, the LDPR deputies proposed to introduce in the law “On state language of the Russian Federation” amendment, according to which migrants are obliged to work to speak exclusively in Russian.

To overcome these serious limitations of freedom of people with foreign citizenship can only support multiculturalism acceptance of differences in customs, values, religions and appearance of people living nearby and around the world.