Russia has planned a large-scale strike by Syrian militants

Russian and Syrian military is preparing a large-scale joint operation in the Northern province of Latakia in response to the attack of the Russian air base Hamim July 16. It is reported by the Agency SANA. 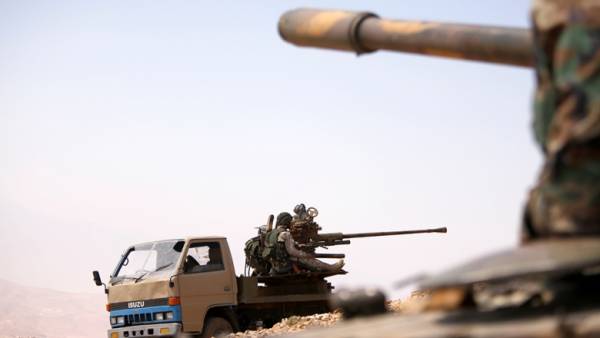 The aim of the strike is to protect the base from attacks of militants, and also clear from jihadist groups areas in the North of Latakia on the border with Turkey.

The decision to conduct the operation followed the attack Jamima unknown aircraft on 16 July. According to the Agency, jihadist groups are also attacking Russian troops with the help of drones in the provinces of HOMS and Idlib.

1 July it was reported that the Syrian Latakia was destroyed by unknown drones tried to attack the base Hamim. The blow managed to reflect, as a result of bombardment nobody has suffered.

Russian air defense system was repeatedly destroyed by the drones that tried to attack the airbase. In late April, the military repelled the attack of the drones with grenades.

Since 2015 the airport Hamim is an airbase of Russian air force in Syria. In the autumn of the same year Russian forces strikes on militants at the request of Damascus.